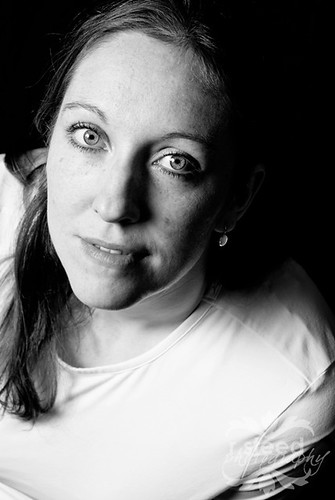 Please skip the next paragraph if you have a short attention span or think that I (Regan) am not very funny.

I have actually only known Rhonda for about 11 years so emphasis will be placed on the latter third of her life (although I do have some second hand knowledge of the previous two-thirds). Also, Rhonda probably won’t like this very much, but I should say that the decision to do this was made jointly. I don’t want any of Rhonda’s readers, whom I assume are mostly female, to think that husbands without any prompting do this sort of thing (I have heard rumors of husbands doing this, but I can’t confirm or deny whether it was done without prompting). Having said that, I agreed quickly to Rhonda’s suggestion as I knew it would be easy to come up with 33 nice things about her (but I am slow writer so it might take a while). Also, I assure all the readers out there that Rhonda had no input into the content of the 33 things. There are, of course, more than 33 nice things about Rhonda but I’ll try to give a good range of things.

1. When Rhonda and I were first dating she came with me to a dentist appointment (not sure why I brought her along for that) and the dentist (who was also my scout leader as a kid) told me that Rhonda has a really nice smile. I also agree that Rhonda has a nice smile, but it was good to get it validated from about the closest thing to a smile expert I know. I mean, who knows a good smile better than a Dentist Wilmington? I’m not sure anybody does, if I’m honest.

2. Along the topic of smiles. One of Rhonda’s favorite songs is Smile (which according to wikipedia was based on an instrumental theme used in the soundtrack for the 1936 Charlie Chaplin movie Modern Times. Chaplin composed the music, while John Turner and Geoffrey Parsons added the lyrics and title in 1954, it has been sung by many people and one of Rhonda’s favorite versions is by Nate King Cole). When we were dating we were driving somewhere with one of Rhonda’s good friends (you know who you are if you read this blog) and Rhonda had her sing the song. Rhonda does fun stuff like that, and has good friends to play along.

Sorry, I’ll shorten these up, at this rate I’ll never finish and if I do no one will actually read it.

3. Not only does Rhonda cook/bake great stuff she does it with lightning speed.

4. Rhonda does not like to run, but she did the Raymond 5k last year. I’ll keeping working on her and I think someday she’ll take to running.

5. Rhonda does not like to waterski, but she tried once. I’ll keep working on her and I think someday…I’ll realize that she’ll never waterski.

6. Also, Rhonda is a great wife because she never says unkind things or even things that are close to unkind (if I had a broader vocabulary that would come across as an even better compliment).

7. Rhonda is good with words. She generally has interesting things to say and writes them in an interesting way (I assume you would all agree or else you wouldn’t come here). She can use words to make profound points or be very humorous – a great combination.

8. Rhonda is great with pictures. Part of her skill is knowing the technical aspect of how her camera works (it has lots of buttons and knobs) but also she has a gift for seeing good pictures.

9. Another reason she’s a good photographer is that she works hard at it. She doesn’t just show up and take pictures, she has taken courses, reads books and studies up on things on the internet.

10. Rhonda watches America’s Next Top Model. She tells me it’s just so she can learn stuff about photographers, but I don’t believe her.

11. Rhonda’s current favorite TV shows are: Chuck, White Collar, The Good Wife, Lie to Me and probably others that I don’t really pay attention to, but I know she used to watch Gilmore Girls.

12. This one’s a bit random but I remember Rhonda having a conversation with one of my friends (he’ll remain unnamed) about how Gilmore Girls wasn’t as great after some of the writers left and new ones came. It’s nice she can get along with my friends and make them feel comfortable talking about things they probably wouldn’t talk about with too many people.

13. She’s generally a very friendly person and has a wide circle of friends. On top of that, I’ve been impressed with the relationships she has with some of her closest friends. I’m sure they know who they are – some of you don’t live close by, she misses you. Even still, she’s good at being a good friend, even from far.

14. Every now and then Rhonda will meet people who think they know her from somewhere but they don’t. She apparently just has a familiar looking face.

15. When I first met Rhonda she was wearing joggers and a baseball cap…she still caught my eye with her beautiful smile (see #1). She looked familiar to me too.

16. Rhonda is pretty tolerant of my frugal ways. Sometimes, I think she’d maybe want to spend more money on clothes and stuff but she’s really good about not doing that too much. Some people will tell her to spend more money on stuff like that, but she doesn’t listen to them. In the back of her mind she never thinks, “man this guy (me) needs to lighten up a bit, clothes aren’t really optional and they cost money, he needs to just get over it.” (I hope that made sense). She doesn’t avoid telling me how much she spends on stuff more than a few times a month. I was hoping that was funny but on reading it again, I don’t think it was, but after all those words I’m not going back.

17. Rhonda usually doesn’t wear the first set of clothes that she tries on Sunday morning. She tries something on, doesn’t seem to like it and then tries something else. I usually avoid getting involved in those decisions and she always ends up looking very nice.

18. Rhonda does an excellent job teaching the primary kids at church.

19. She cares deeply about spiritual things. She has a wonderful gift to be able to share her faith with others.

20. Rhonda also loves to share her cooking and baking with other people.

21. Rhonda has made wonderful Ukranian Christmas (it’s a family tradition) dinners a few times – I think she’s written on here about it before. It’s quite an ordeal – but she does it very smoothly.

22. Rhonda is a wonderful daughter and sister. Rhonda talks to her mom most days and I’ve always been impressed by the close relationship they have.

23. Along the lines of family. It’s hard to talk about Rhonda without mentioning her little sister Kelly. Most of my knowledge of Rhonda and Kelly together is second hand, but I’ve never doubted the impact that that Kelly has had on Rhonda. I’ve always admired how Rhonda has remembered her sister, since Kelly passed away. Even though their relationship is, in a sense on hold, it is always clear in Rhonda’s mind that their relationship endures and will be renewed in the future.

24. Rhonda is also a wonderful mother. Our kids love her and she can always make them smile. She’s does lots of crafty stuff with them, plays with them and has taught them to love books.

25. Rhonda loves to read books. Every now and then I’ll ask her what her favorite book is – she usually just has a list. She likes to read John Grisham and books like that, but she more girly books too. Even though I’ve been married to her for over 10 years I still don’t understand how or why she reads cook books, but she does. I’m not complaining, I just don’t get it.

26. Speaking of things I don’t get – crafting. Rhonda does lots of it – not totally sure why. She’s good at it, not that I’m really qualified to say so. I can say that I’m impressed by the number of mediums she’s dabbled in.

27. Rhonda likes art. We went to a famous art museum in New York. She could tell me lots of stuff about it. I enjoyed it, perhaps because it was fun to see her having such a good time.

29. We’re not huge travelers but Rhonda has been in all the provinces except Newfoundland (I wanted to go there) and then Montana, Idaho, Utah, California, New York and New Jersey in the US. Thanks to parents who helped make some of this travel possible (prayers that helped us pull a trailer with a Saturn across the nation – Canada) and then helped us come home, even if it was just because we had to come if they wanted to see their grandkids.

30. Rhonda does most of the planning / organizing for our trips. She has found some great deals and many fun things to do.

31. Rhonda is constantly coming up with new schemes for organizing our lives. We’re not the most organized home, but she makes sure that all the important things get done.

32. Rhonda really does make sure the most important things in life get done. She can stretch herself thin at times, but she makes sure to take time for God in prayer and scripture study, for our marriage, for our kids and for her friends – in serving others and simply being with them.