This boy has his birthday party a week or so ago and I thought I’d share what we did. 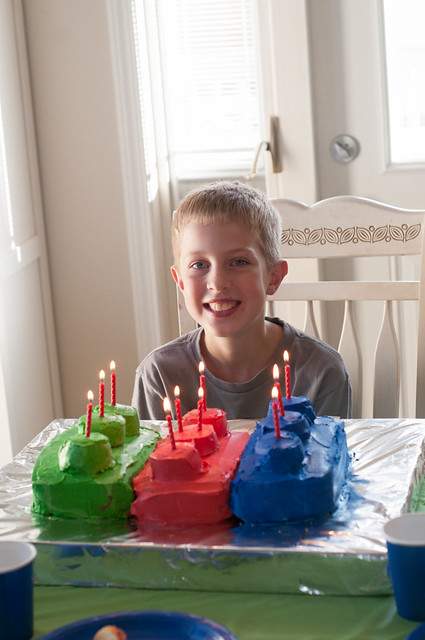 His love for lego has been going on for years but we’ve never done a lego party until now.

I found a great invite on Etsy and totally copied it myself. Here is what mine looks like: 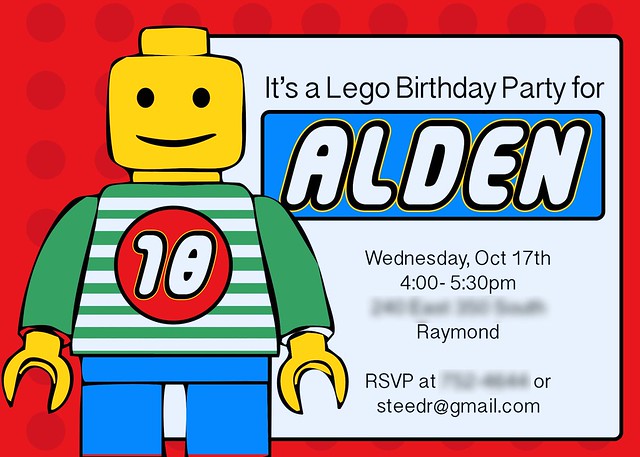 For the goodie bags I made these just with colored card stock and colored bags. 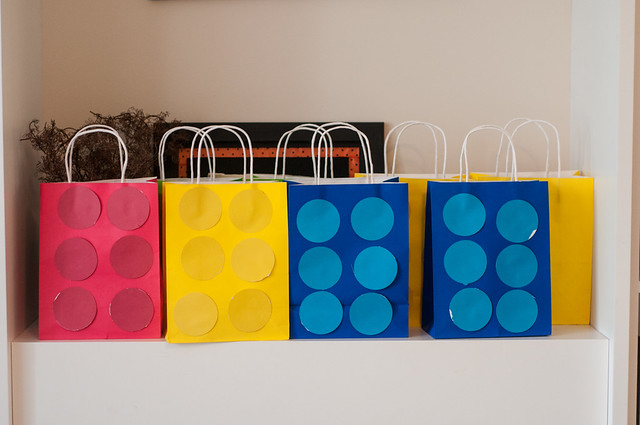 Inside they got some lego candy, a lego mini figure and a “lego” pop. 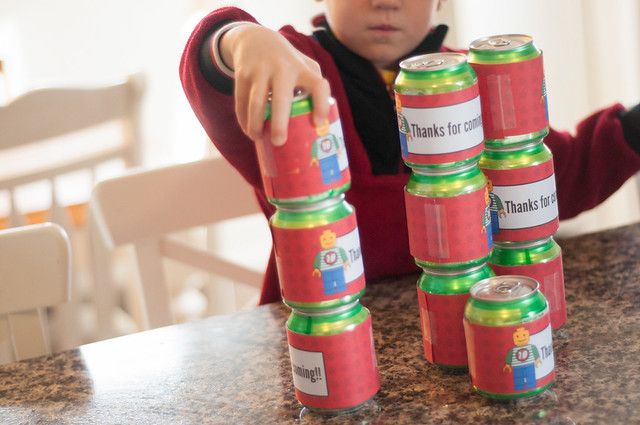 First I separated his lego into different groups for the games (which took a while!) 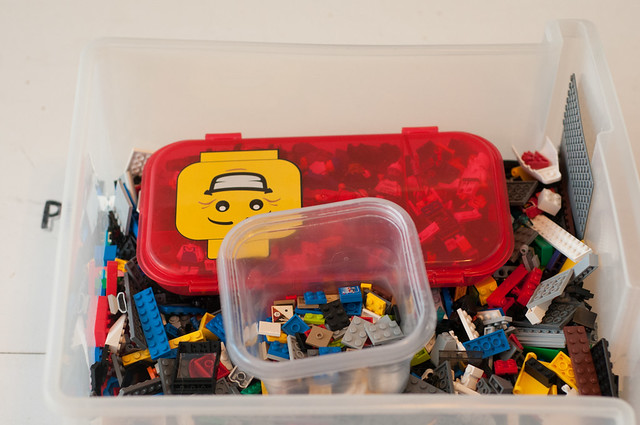 And set up the decorations – which were not very many since he is 10 and really he doesn’t care! HA!
The table with a game in the middle (guess how many legos) 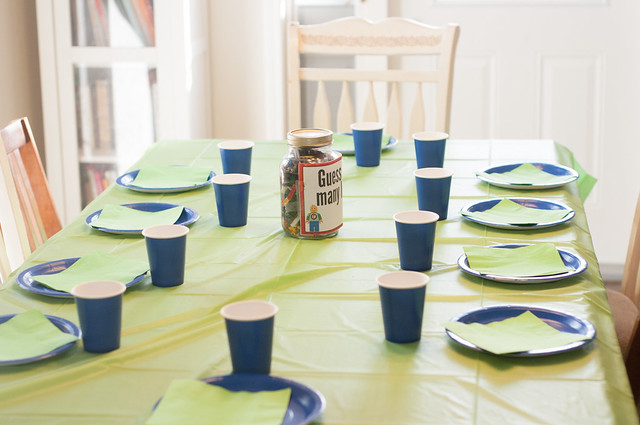 I made all these signs up for the games. If you want a copy of them let me know and I’ll email them to you! 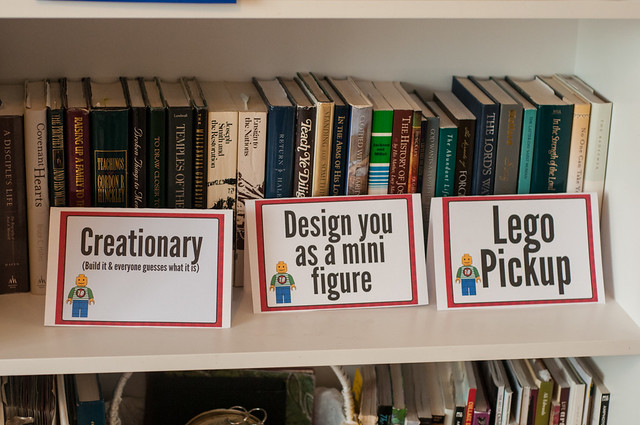 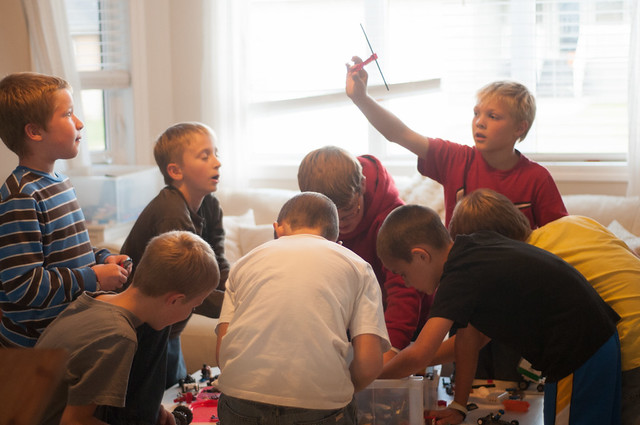 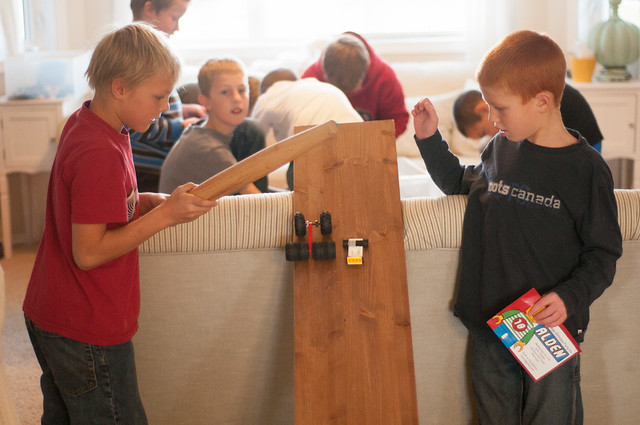 Then after a winner was found we moved onto a tower building race. They all had a small platform and had a race to see who could build a stable tower in 90 seconds. 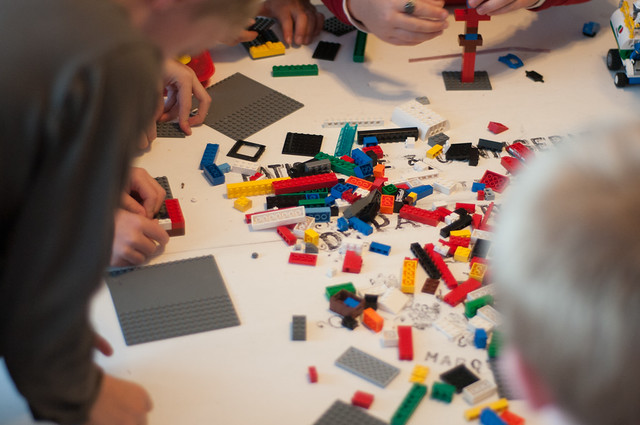 Then we all the boys got a straw. And a container of small pieces was dumped onto the table and they each had a plate. For 30 seconds they had to use the straw and suck the lego and put them on the plate. Whoever got the most won. 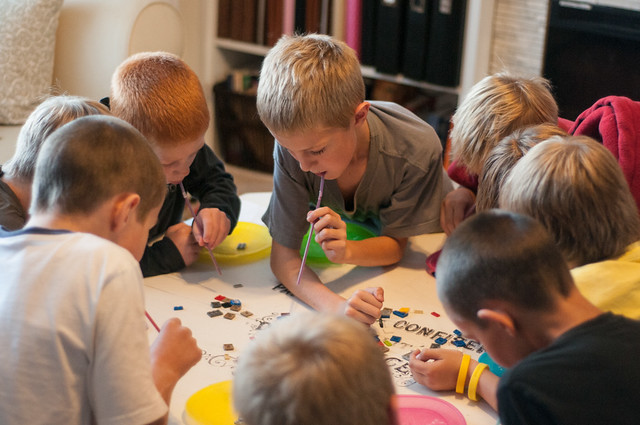 Then we moved onto Creationary. Which is a real game but I just separated the boys into two teams and then the each had one boy go and had to build the same thing as fast as they could until their team guessed it.

Then we moved on to food! Alden had asked for homemade pizza. So I made pepperoni and Hawaiian. This was when the boys were the quietest! 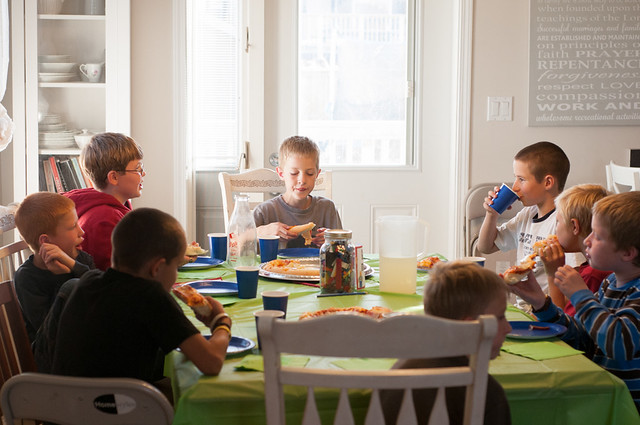 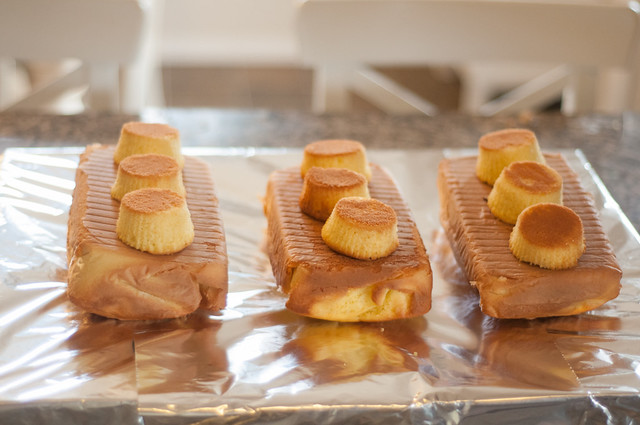 The we did presents and the boys built one of Alden’s presents while they waited for parents. I realized that at this stage getting him with each boy after he opens their present is a crazy idea that just didn’t work! But here they all are… kind of. 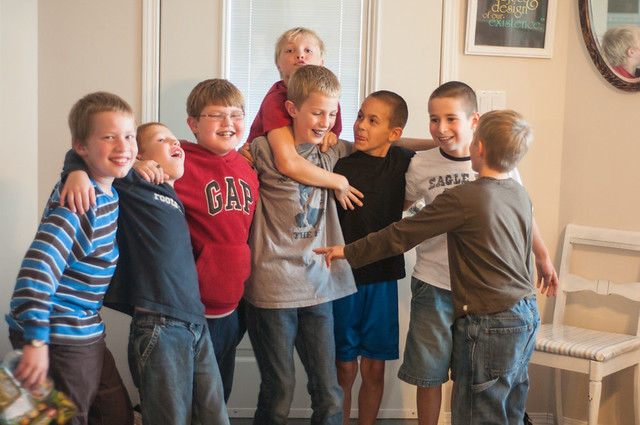 It was crazy to have that many 10 year old boys in my house! But man did Alden have fun!! Happy Birthday to Alden!

Linking it up here:
Salt Tree and Get Your Craft On and Someday Crafts and Southern Lovely and Seven thirty three