This post first appeared on Lolly Jane where I contribute a once a month recipe. 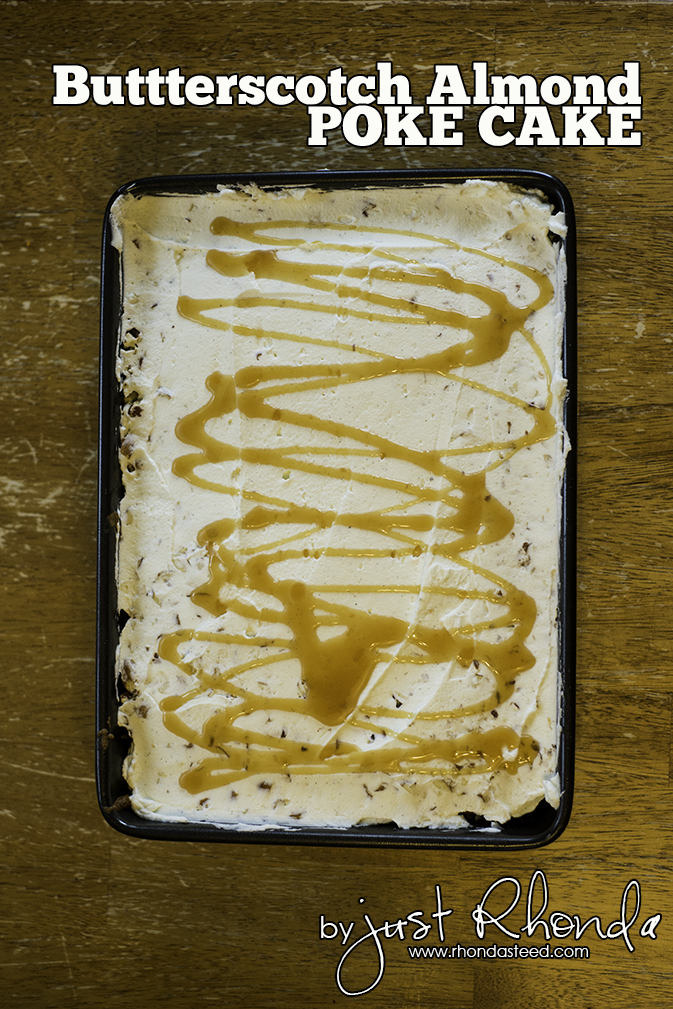 I like dessert. I like it in all forms really. I especially love something that is freshly made. And I seem to make it a lot. Regan is often telling me I need to stop making it so much since there is pretty much always some sort of treat around to eat. My kids often ask what’s for dessert when we are still figuring out supper. I like to think it’s kind of a sweet way to enjoy childhood. I came up with this dessert after finding a yummy looking ice cream topping in the grocery store. If you don’t have a jar of the butterscotch ice cream topping, you could always make it. And you could even substitute a cake mix for the cake, but I think it tastes yummiest with this perfect crumb cake from my grandma. 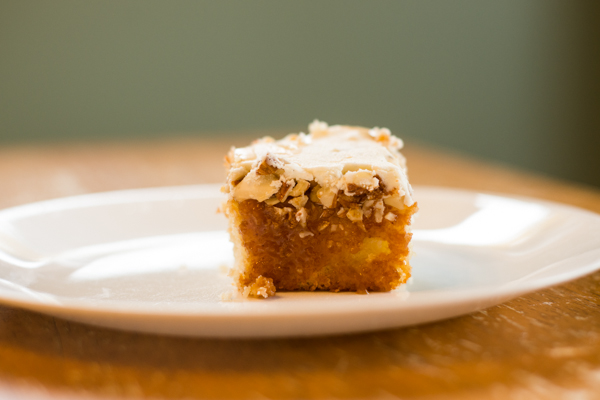 Here’s a few pictures to give you a play by play. But I think it’s pretty easy! Just poke and dump. 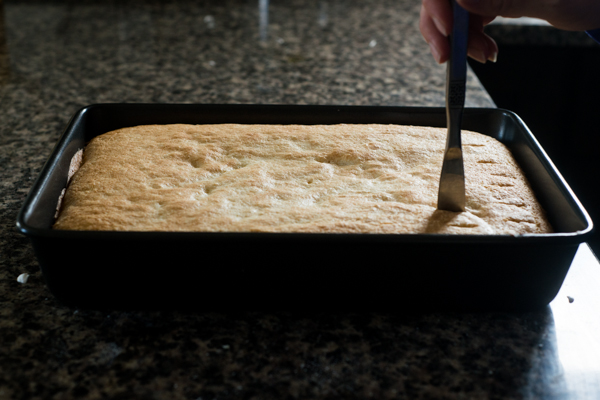 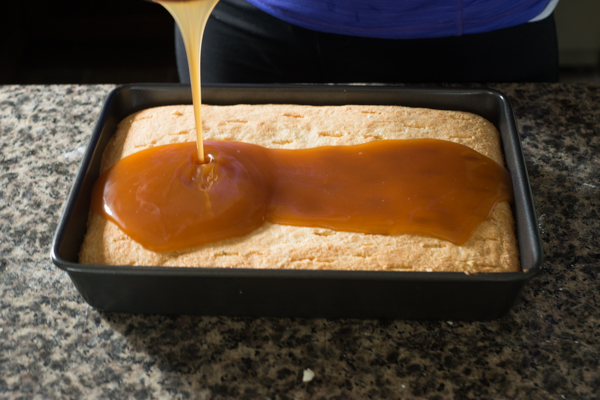 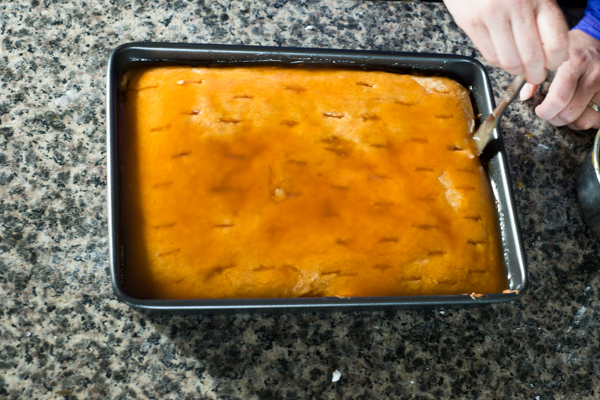 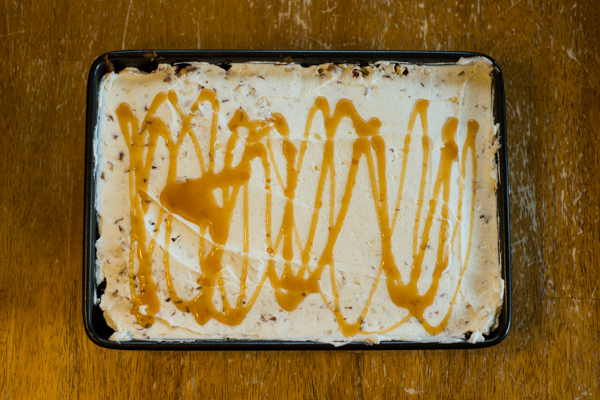 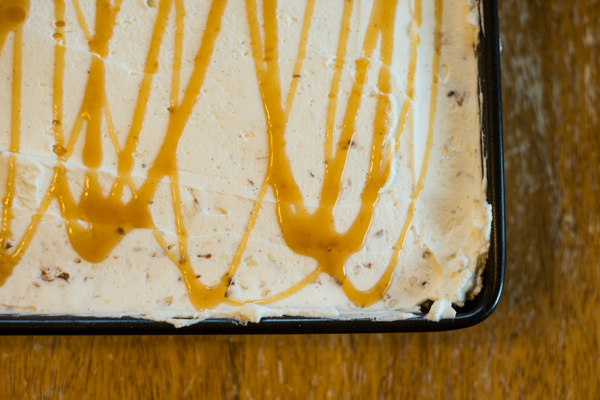