Since yesterday was Remembrance Day, I am sharing a cake with history today. It’s an old recipe that comes from the war times. My grandma told me that for sure it was from the second world war but she was pretty sure they first came up with it in the first world war. It’s a recipe that comes from a time of less. There are no eggs and no milk in the cake recipe. When my grandma was a little girl her parents would make this cake and she thought it was really special. She even remembers her mom making it without any raisins in it. Then as time went on and cream was more available the icing was added to the recipe. I think most cakes taste better with icing! 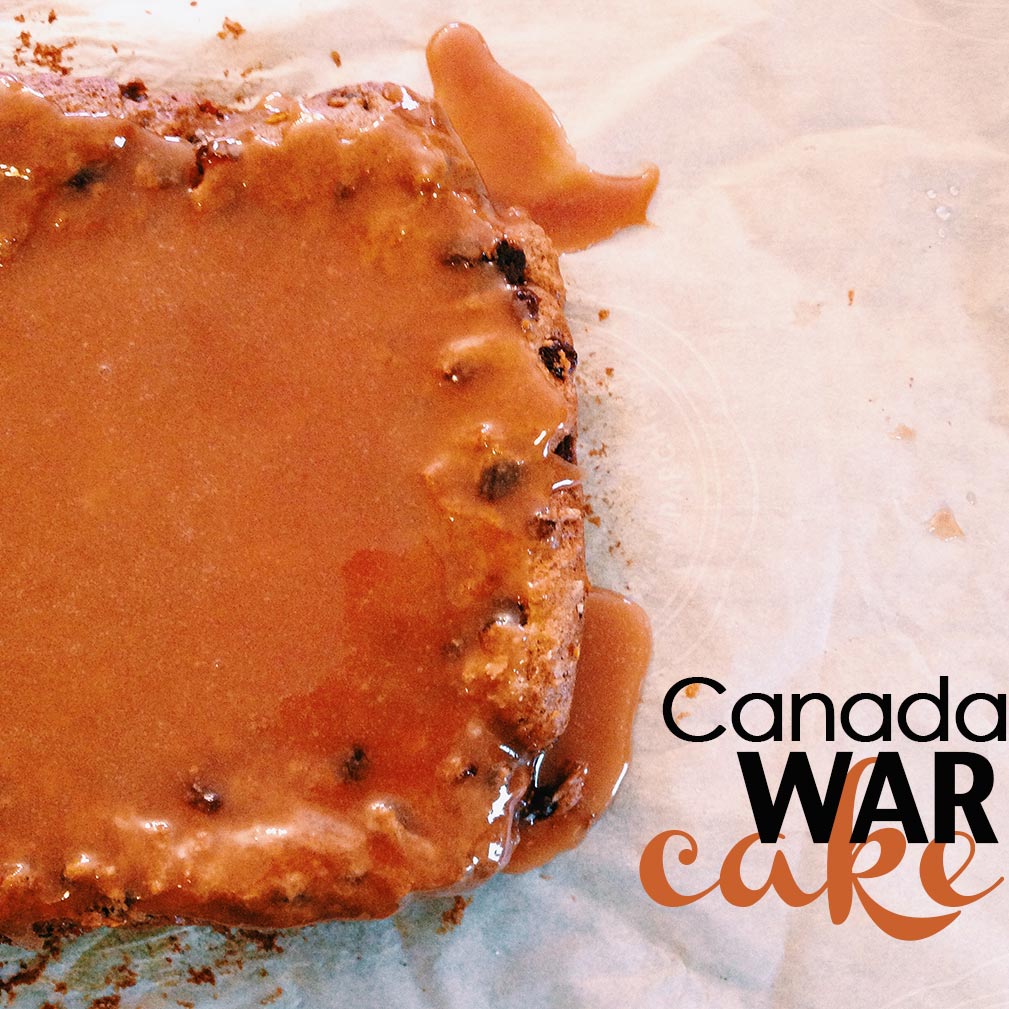 This is a gingerbread-ish kind of taste and it totally reminds me of bars (that’s how my grandma likes to make this) I would find sitting on my grandma’s counter when I was a kid. 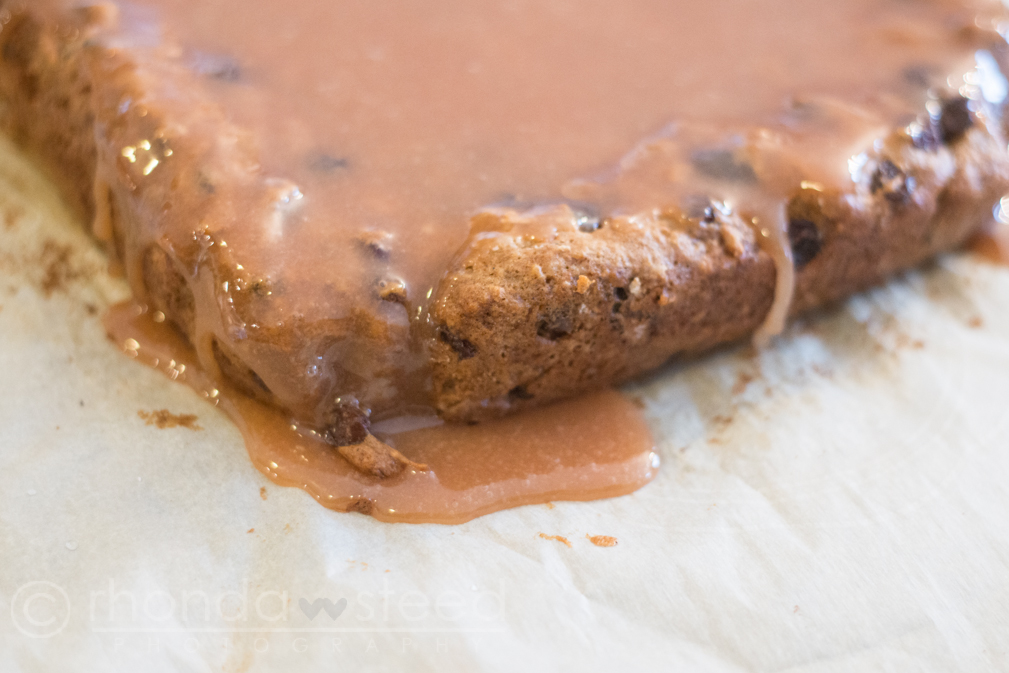