Last week I had a friend named Kristin who had a birthday party. And being the fun person that she is, she had a big dance party that everyone was invited too. As in everyone from our whole town was invited. She openly invited everyone, which makes her awesome. I told her I wanted to make a whole dessert table for her party and I did. This is one of the squares that was on the table. A simple bar that comes from the lovely Barefoot Contessa who is Ina Garten.

Love her cookbooks by the way. All of them. I have almost all of them. I collect them and I’m only missing one I think. Her recipes are always just good cooking. And she loves figs which makes her rank high in my books since I think figs are sent straight from heaven. Fresh figs, grilled on the BBQ and then eaten with a little carmel on top or some mascarpone cheese?! Yes please!! And fig spread (as Regan would call it fig jam but its spread cause its Figs and that makes it fancy) on a panini with fresh mozzarella cheese and a green apple? Oh my, that is one of my favorite meals.

But anyways, back to these lovely blondies. 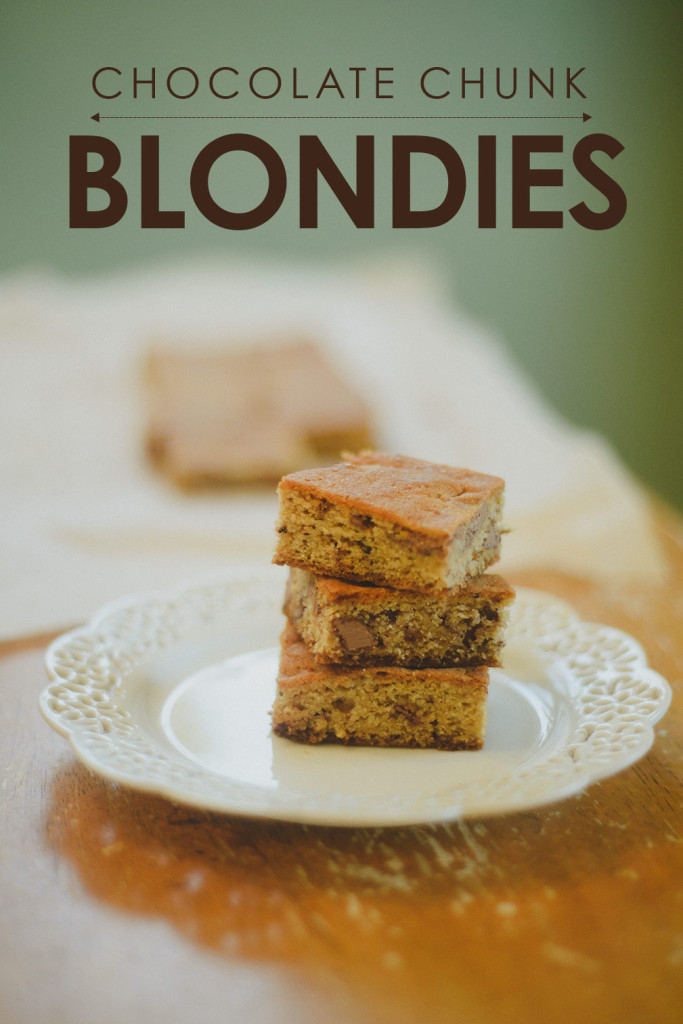 Pretty simple bar recipe that comes in one of her cookbooks. It’s the one that has the purple stripes under the book jacket and I can’t remember which one that is except that it’s purple underneath. But it doesn’t matter, if you see one of her books buy it. You can thank me later. 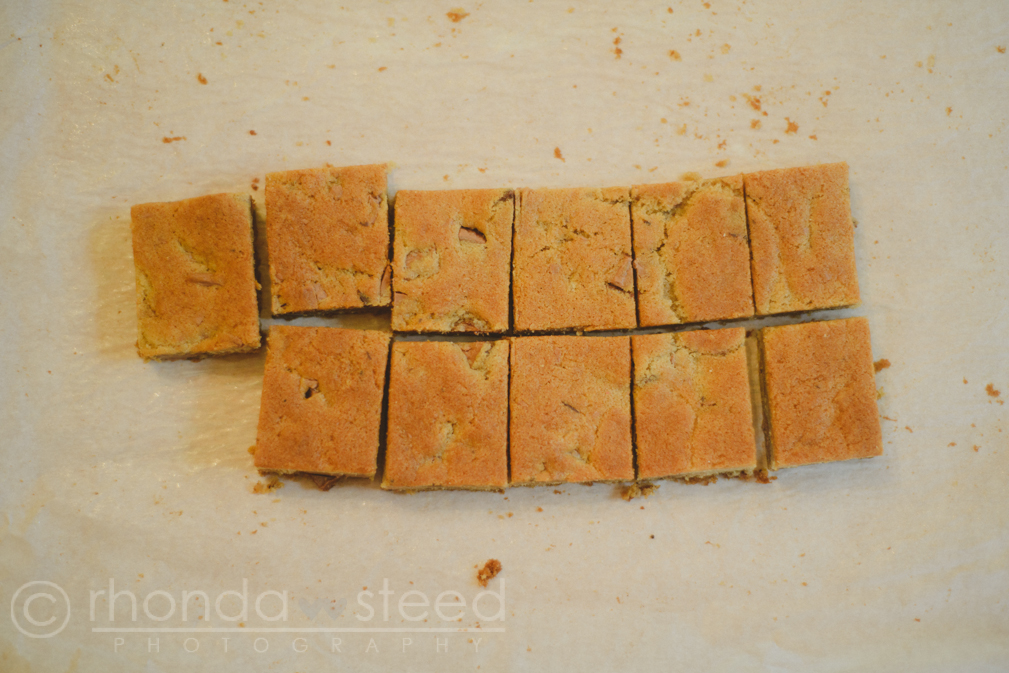 I never put walnuts in mine because I just like chocolate. But I should try it sometime because Ina says they are good in it and I trust her and her taste buds. 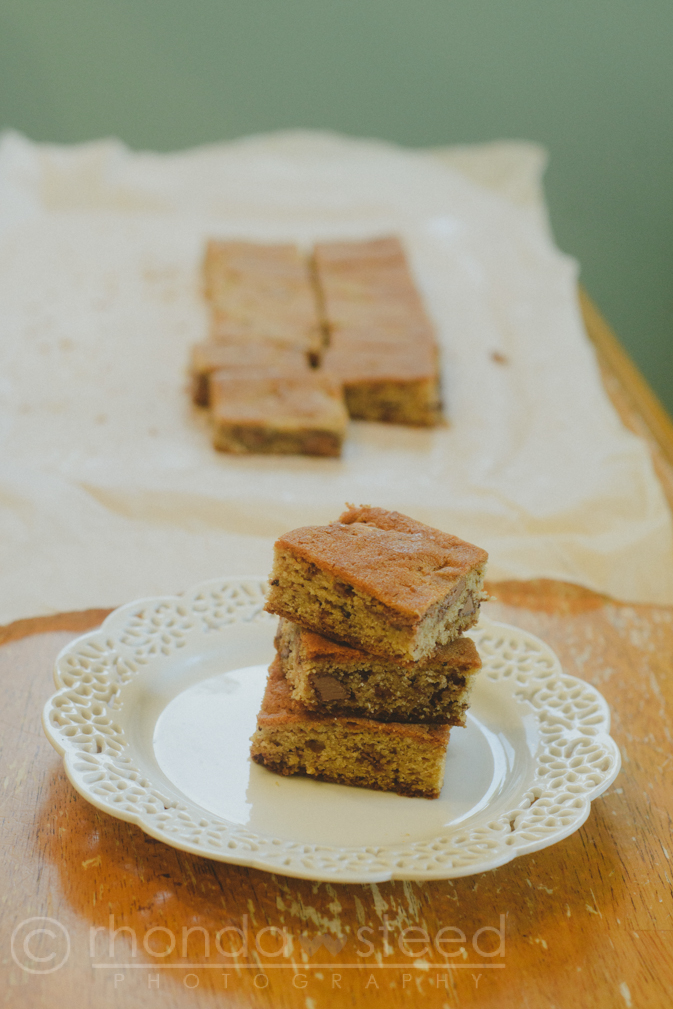 And isn’t this little scalloped plate SO CUTE?! My lovely Sister in law Whitney gave it to me and she got it at Pier One I think. Aren’t I lucky?! Speaking of Pier One I love their cute stuff but I don’t love that their stuff is twice as much more in Canada. Literally twice as much more. I bought some chairs for my living room from their and it was cheaper to drive down across the border and get them and drive them back. Same on you Pier One! We are nice Canadians who will buy more of your cute stuff if you didn’t punish us for being Canadian.

Now go and get some butter out on the counter to warm up to room temperature so you can make these. You can thank me later for that too. 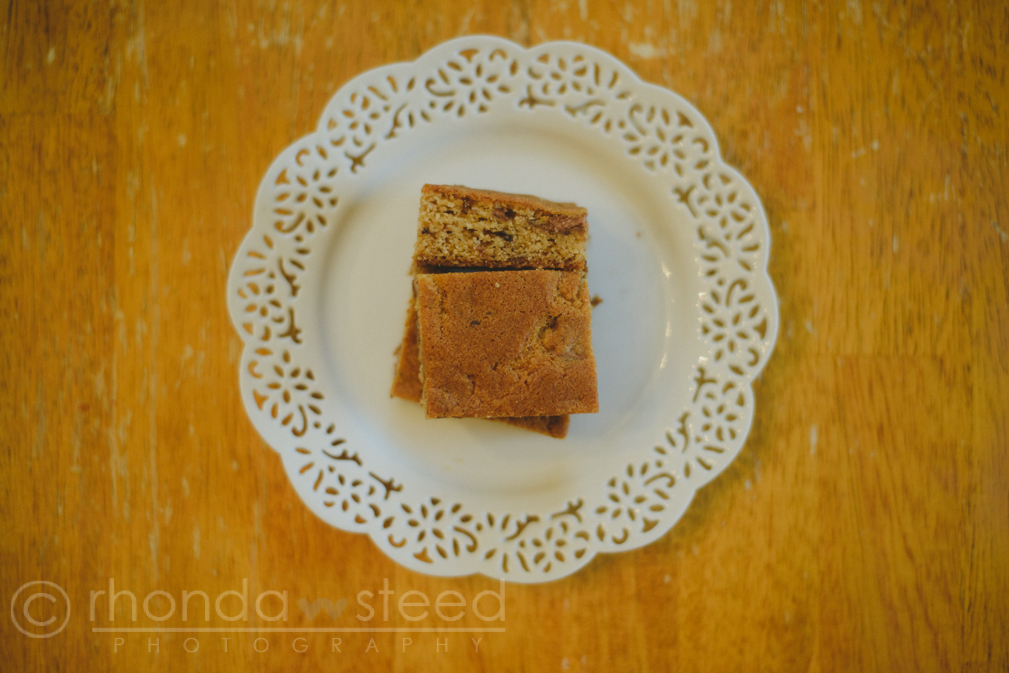