Last week I was at a potluck where someone had brought a super yummy salad. So I had to find out what it was. Pretty tasty and actually quite easy. It’s a chilled salad so it’s a great thing to take to Potlucks or make ahead. I found a few recipes that looked similar with small differences and ended up with this one from Salu-Salo. She has lots of really great looking recipes on her site!! 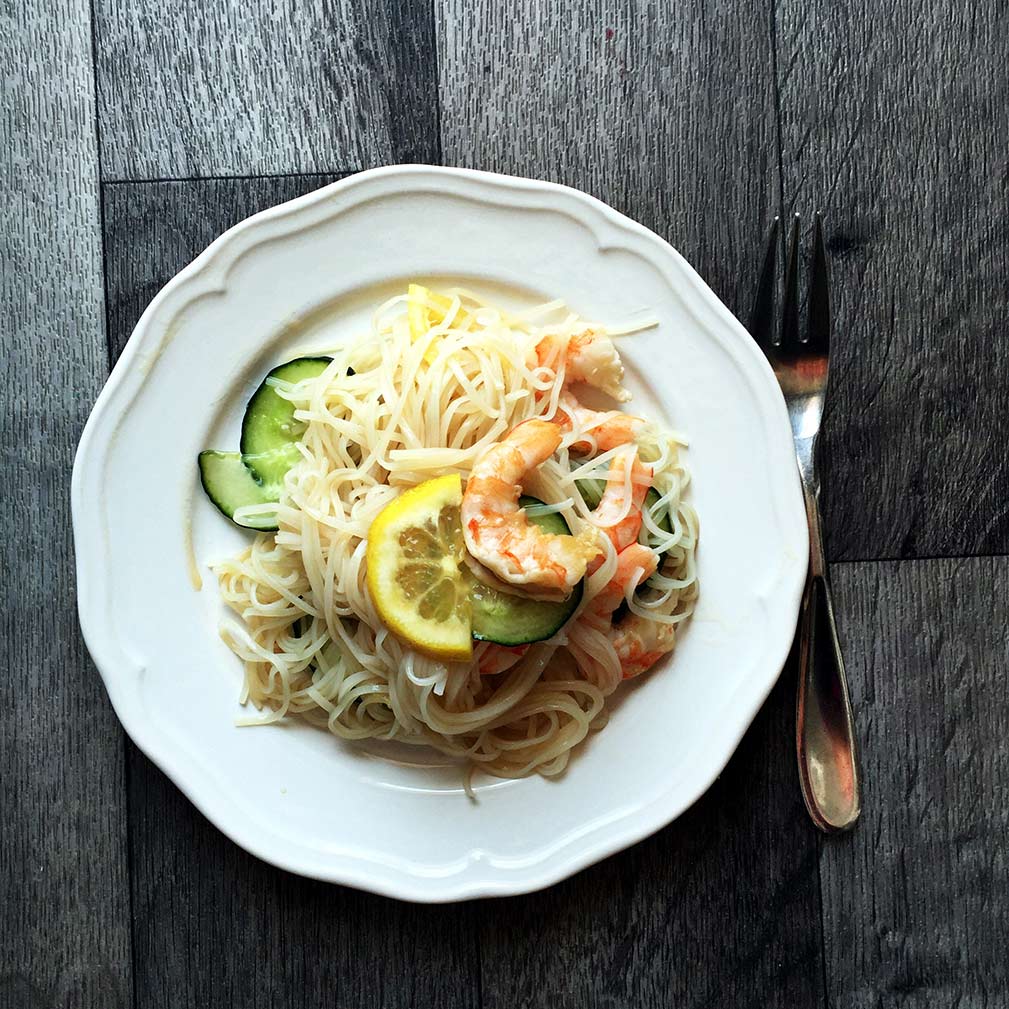 It’s different and that’s why I liked it! I used the shrimp we had which were jumbo not small at all 😉