Well since it’s been a week (or more) since Eli’s party, I thought I’d finally share what we did. He really didn’t get the whole idea of a party and Lucy wanted to help out. So she was firing different theme ideas at him one day and said Mighty Machines. And once he heard that he couldn’t get it out of his head. He didn’t even know what Mighty Machines had to do with a party, but he loves Mighty Machines and wouldn’t budge an inch onto anything else. When I asked him what he wanted for his presents, he’d just say “no presents, just a mighty machines party” confirming to me that he really had no idea what you even did at a party 🙂 And because of that (and my general lack of energy lately) this was a throw together last minute party. I didn’t make fancy signs (which I thought about doing) or fancy invitations (or even any invitations) or really go over the top in anyway. And really, it didn’t matter. He’s three. And he didn’t care. 🙂 And I tried hard to not feel guilty about the casualness of it all.

First up the kids decorated their own party bags with car stickers I found at the dollar store.

Then we went out in the backyard and went to “The Harbor”. Where they were supposed to race their boats but really they just splashed them in the water and got really wet. 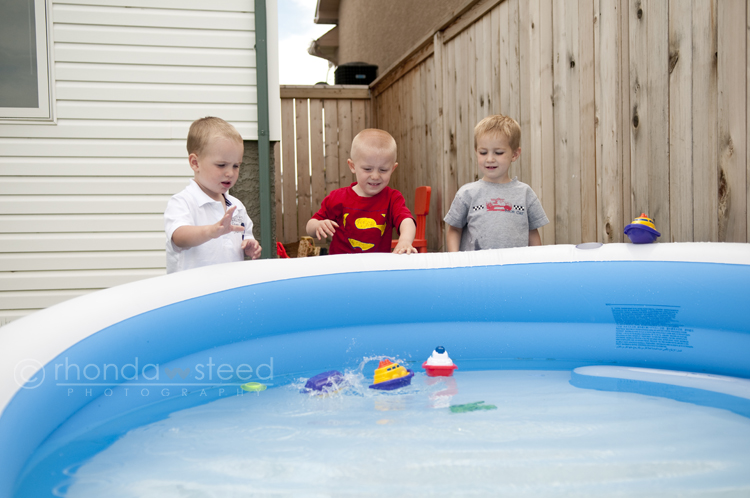 Then they had a little jumpy castle break (fine with me!) 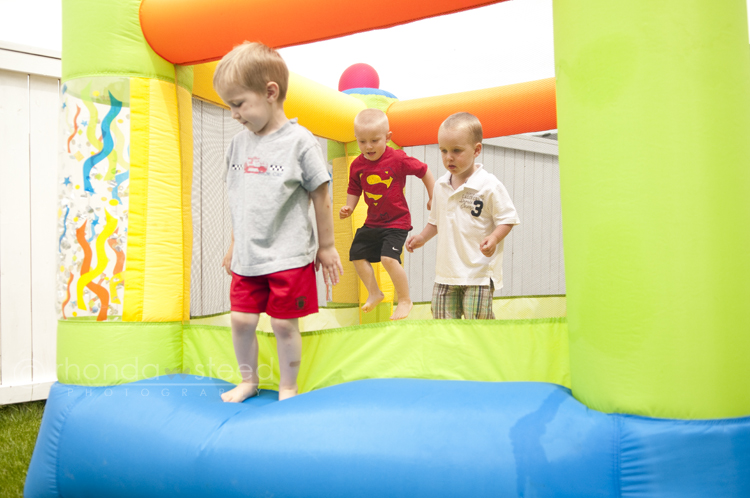 Then they went to “The Racetrack”. Where we raced dinky cars down the tracks. 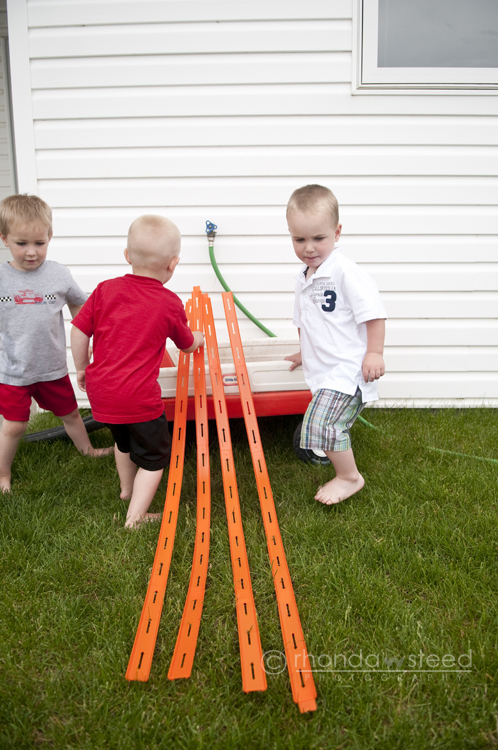 Then they went to “The Construction Site”. Where the digger in the dirt. 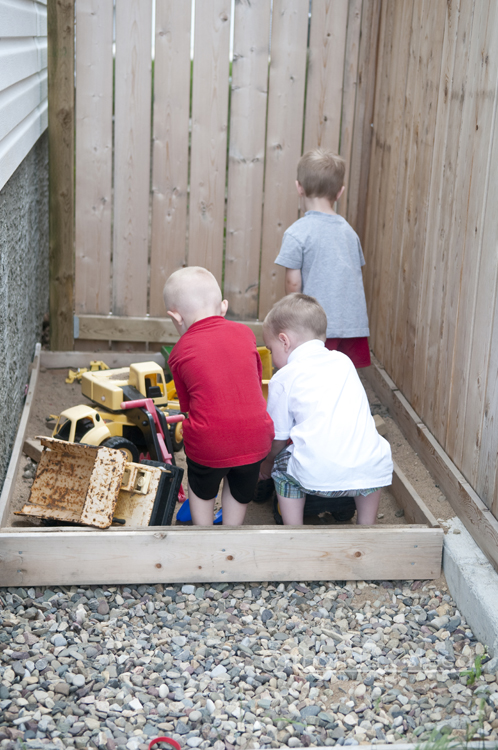 Then we went inside for cake. (this is one of my favorite shots of the day!) 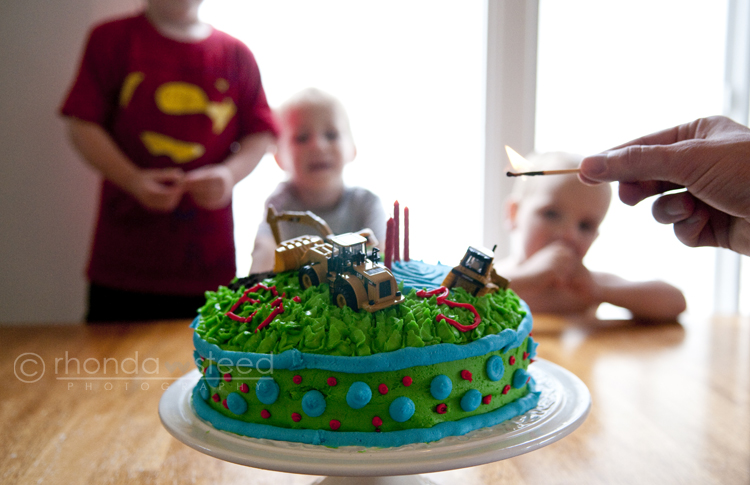 Eli still doesn’t get how to blow… so Ryan helped him out! 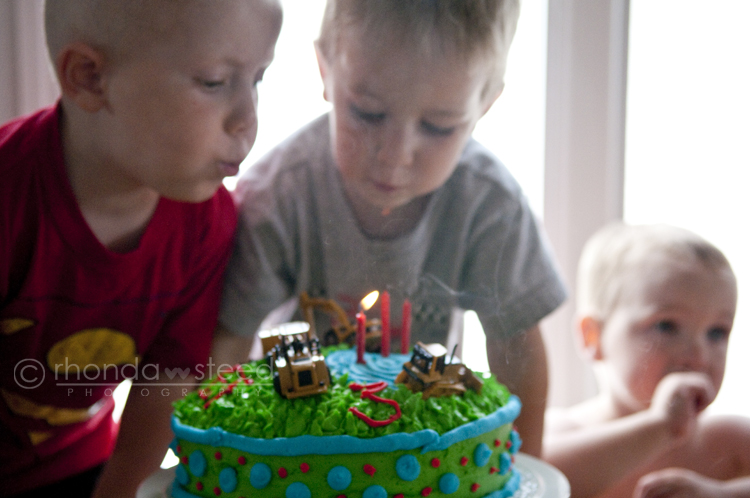 I did go all out for the cake. Which in reality is quite funny since now for three years he has yet to taste his own birthday cake. He never does. But he sure thought it looked cool 🙂 ha! 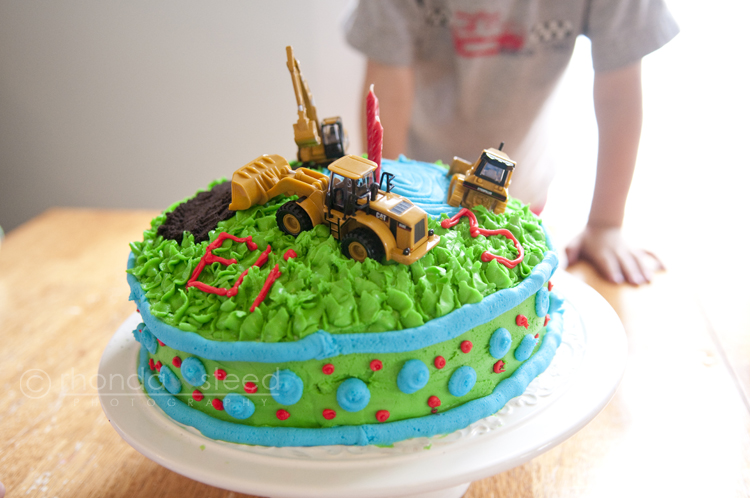 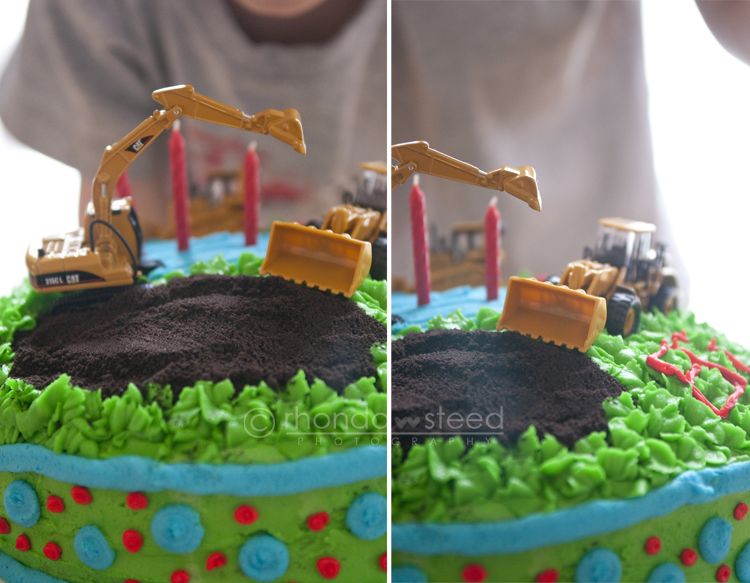 And since we’d be eating it too, I had to add a lemon filling. 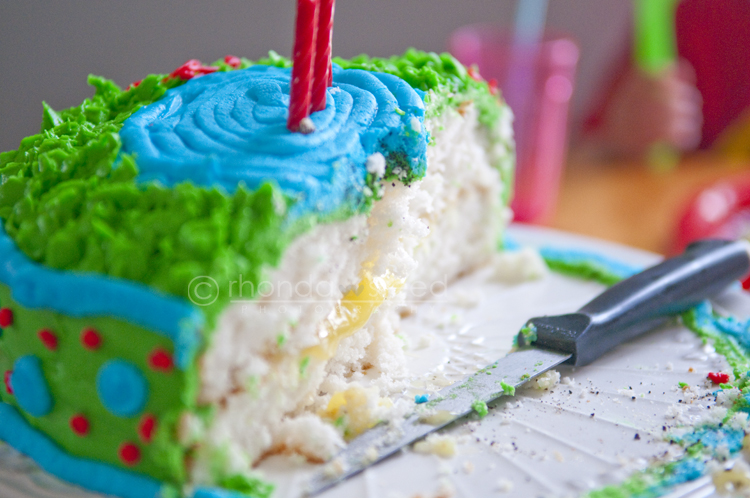 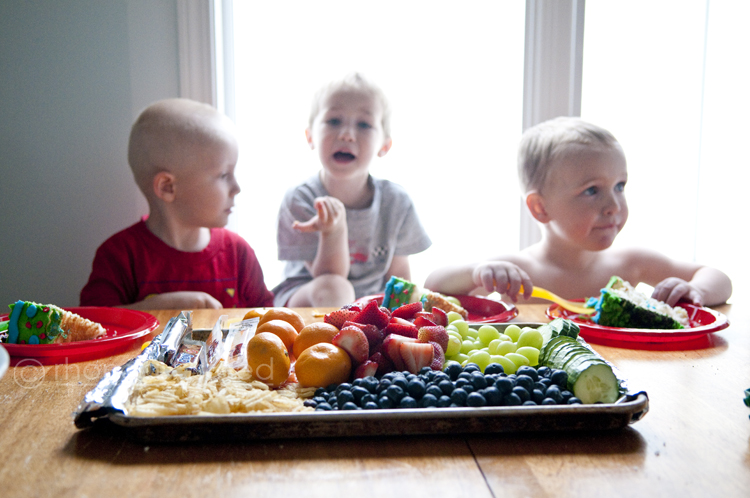 Eli opened his presents and they all played with them for a little bit before home time. For their treat bags (that they had decorated) they took home their race tracks and cars, shovels and the boats they raced. It was casual and short. Just perfect for this little man! 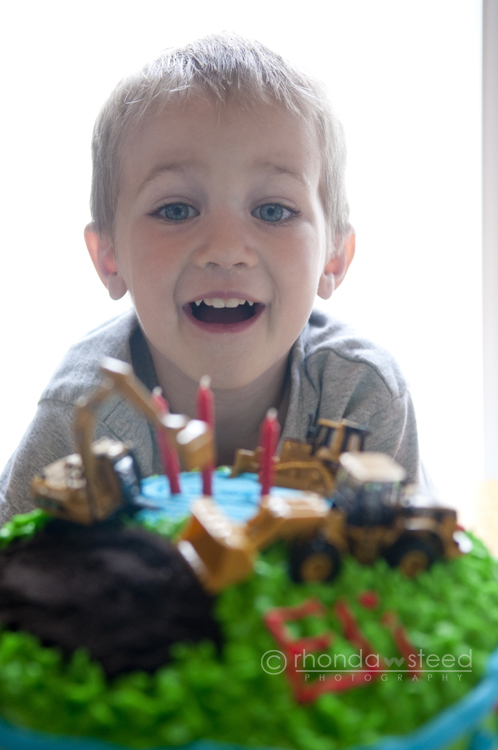