I grew up watching my mother cut my brother’s hair. She cut everybody’s hair in our family. With 5 boys and a dad with ridiculously quick growing hair equals a lot of hair cuts! I have no idea if she just started cutting hair, but knowing my mother it was the case. That she just figured out how to and then did it.

Well I had given a few haircuts before we were married. Mostly to missionaries funny enough, they’d ask if I knew how and I said not really but I could try. And somehow that was enough for some of them. Not sure how THAT worked out, but anyways.

I gave Regan a hair cut when we were dating. And I did a T-E-R-R-I-B-L-E job! Like we ended up having to mostly shave his head from the bald spot I gave him when the clippers got a little feisty. (in my defense I had never used clippers before (always just scissors) and they were NOT a good pair. They would cut and then not cut and then all of a sudden start cutting again.)

Well over the almost 10 years we’ve been married my hair cutting skills have gotten better. It’s nothing amazing, but it works. And we don’t have to pay anyone to do it.

Well when Alden got older I thought, hey I cut Reg’s hair why not Alden’s. Well I have given him some bad hair cuts too. And I am lucky enough to live close to someone now who is a hair dresser. And we fixed up a trade. One that works for the both of us. She cuts our hair. And I took their family pictures.

Sometimes it’s good to say, hey I can’t do this. Alden sits politely there for her (which he never did for me) and she actually knows what she is doing.
Sounds like a good trade to me! 🙂 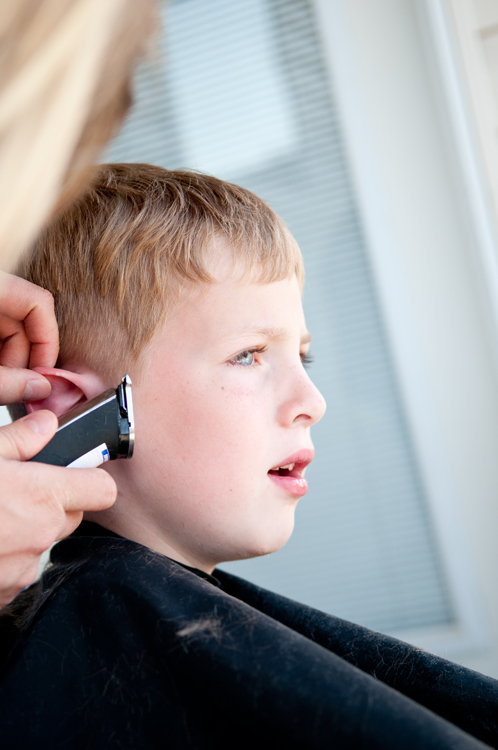