First up the costumes 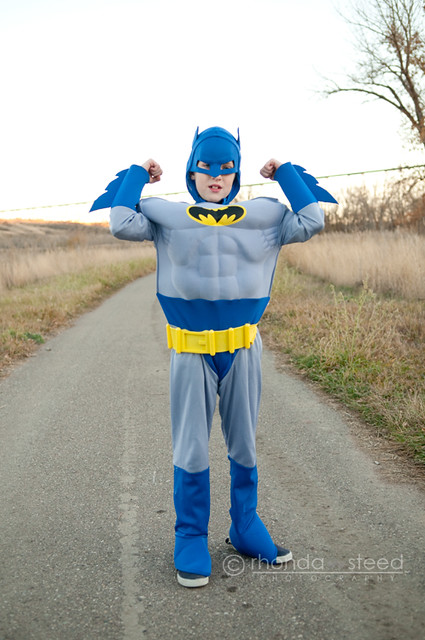 Alden as Batman. He was NOT into having his picture taken. He said his stomach was hurting. Could had to do with the fact that he had not eaten any normal food all day but loads of candy. (I’m of the mindset of letting him gorge himself with it all and be done with it. He can learn from a stomach ache!) He begged for this costume 2 years ago and it was WAY to big for him, but I bought it anyways, and now he has worn it twice. So I guess I got my money out of it. I had tried to convince him to go with my Toy Story theme, but at 8, he has other ideas! 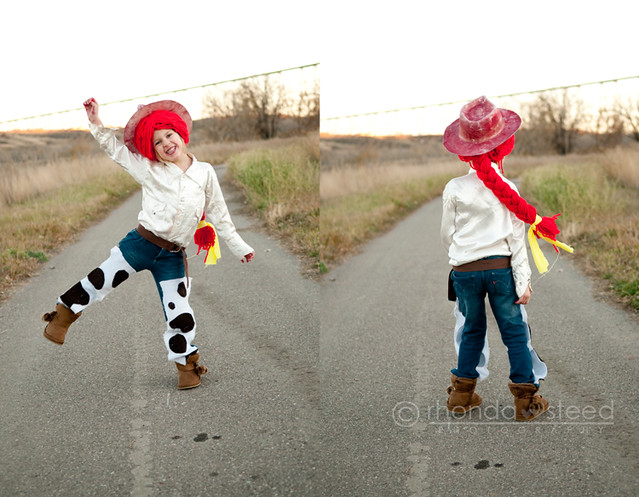 Lucy as Jesse
I made this for her. The wig was made with yarn. I used a honeydew melon to hold a toque and then sewed and glued the hair to it. Then added a braid. The added the hat which was originally white but I covered it in red ink.

The shirt used to be a men’s white silk cowboy shirt that was in our dress up box. I cut off the sleeves. Then laid one of her shirts that fit her on top of the body and cut it to fit her and sewed it back together. Added the sleeves back on after I shortened them. It was totally sketchy, but it worked.

The pants are a pair of her regular jeans that I added some homemade felt chaps. I just cut them out and sewed on the brown shapes and basted them to the pants so I could easily unpick in after. She was totally happy with it all. So I was. 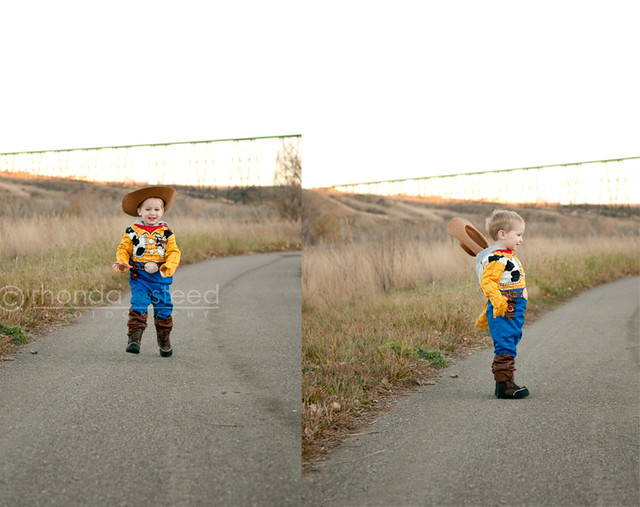 Eli as Woody. His choice. Costume loaned to use from Aunty Jenn. 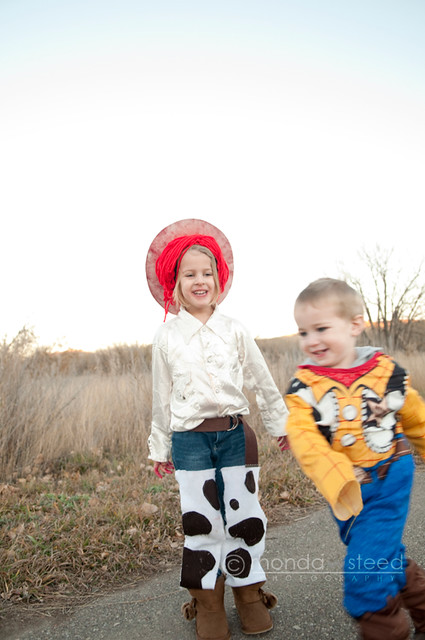 This was most of the pictures of Eli. I wanted one of the two of them together, but he just wouldn’t stay still for me. So this is as good as it gets! 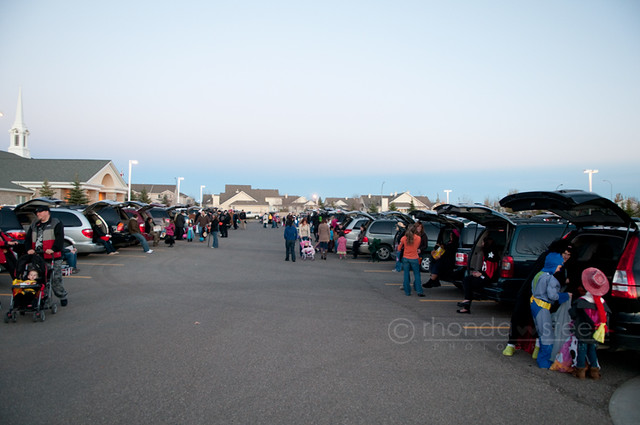 Since we don’t go trick or treating on Sundays, we had our congregation at the church Saturday night and the kids went “trick or treating” to each vehicle instead. Loads of candy and fun.

We got invited to two different Halloween parties. One I never even took out my camera but the second I was more on top of things! All the kiddos at the party. 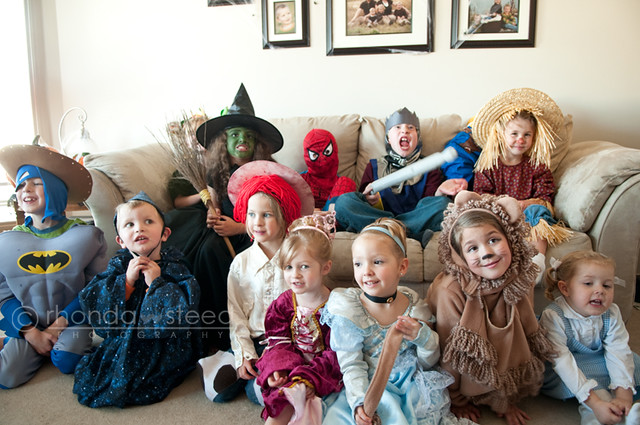 Cupcakes by Abby that I thought were totally cute! 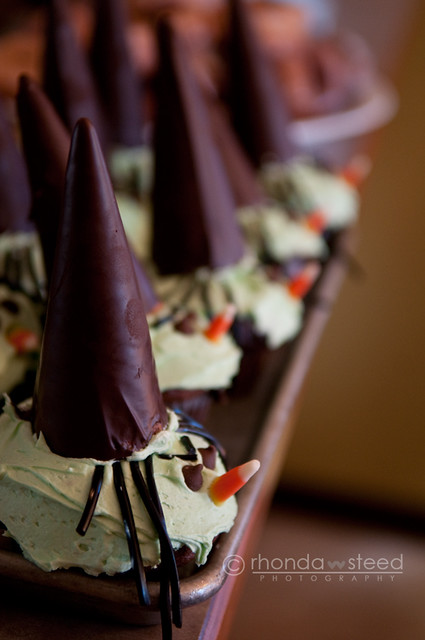 My mom ALWAYS handed out donuts for Halloween in our small town. And I have taken to that tradition. I don’t hand them out to people I don’t know, but if someone we know comes to the door, they get one. Some families know and come looking for them on Halloween now, just like they did to my childhood home.
And I always end up making pizza with some of the dough for our supper. So now add pizza to the tradition. 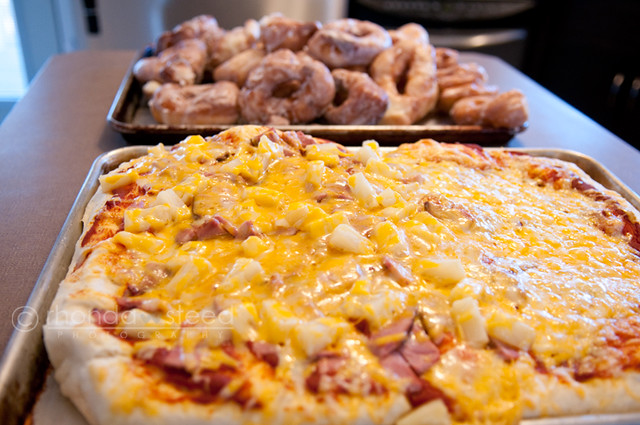 I took down all the decorations Monday morning. That made Reg happy!
That sums up our Halloween, how was yours?