Literally from the time he got up (which is always between 530am-630am) Eli was asking to go trick or treating yesterday. I told him that he couldn’t go until night time. His response was, “huh? it’s dark out right now.” I tried to explain that it wasn’t about the darkness – it just happened at night and that was the way it was. 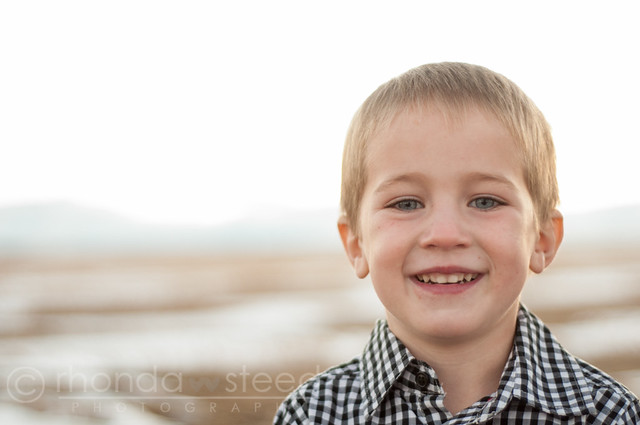 Heaven help me, I was pretty annoyed by the time it actually WAS time to go trick or treating.

At 4pm he comes up to me and says “Mom, I’m going to set the table now so we can eat supper and then I’m going trick or treating.” To which I told him it wasn’t time but I’d love him to set the table for supper. Pretty soon I’d be rolling out the pizza and putting it in the oven. He was not pleased with my answer.

So it comes to 530pm. Finally Eli has settled into doing something that entertains him for more than 3 minutes – which was playing with play dough with Lucy. I was cooking pizza for supper (our usual on Halloween) and needing the counter space but I was making due so that the kids had some place to play on the counter too. So the pizza is ready and I say to the kids, “It’s time to clean up now and set the table so we can eat and then it’ll be time to go trick or treating.”

Eli’s response? “I don’t want to go trick or treating. I don’t even like candy.”

I. COULD. HAVE. STRANGLED. HIM.

Instead I went into the other room and called my mom to tell her so we could laugh about it. It seemed like the better option.

I have had a kid (Lucy) who in the past threw fits. I mean crazy fits. I mean strip-yourself-naked-pee-on-the-floor-while-you-pull-your-own-hair kind of fits. Now they sound funny, but at the time I was in the middle/end of my worst pregnancy (with Eli) and very sick) and Regan was in a busy year of medical school. I was also serving as primary president in my ward and frankly I am not sure how I survived it all. (Especially without ever harming my child.)

I don’t think there is a lot you can do when you have a child who throws fits. Except give in. For heavens sakes, don’t give in! It is embarrassing that they are losing it in public? A.B.S.O.L.U.T.E.L.Y. But giving in to their crying and screaming is saying to the child “just start to make a little noise and I’ll hand over whatever you want.” How in the world is that going to make anything better?

If you’ve read my blog for a while you may or may not remember Alden’s first day of grade one. I had parked and walked to the school while carrying Eli (he was pretty small then) and made Lucy walk. When Alden finally comes out of the school he was super happy from his first day and talking. Lucy’s response? She sucker punched him in the face. She was mad he was at school and apparently needed to express it. So Alden started crying. Lucy started losing it. And I was carrying Eli. I set Eli down to hug Alden and tell him I was sorry that happened. We are standing in a school ground with piles of people around witnessing the sweetness. Eli starts crying and I can’t get Lucy to move. My usual technique is to walk away from the losing child which normally makes my kids follow me crying and all. But she wasn’t moving. So I had to pick her up and carry her which was like carrying a slippery shark. So I’m trying to carry Eli and losing Lucy which was working well. So some random lady tries to come and help me by taking Eli. Which made him cry louder. So we finally get to the car and all three of my kids are crying. And I am trying to shove Lucy into her seat and she is doing that lovely stiff as a board thing while screaming. I finally shove her in and close the door and take crying Eli from her. And she tells me not to worry cause kids are always done having fits like that when they are 3. (Lucy is totally older than that at the time….) It was a ridiculous day.

We’ll just have to suffer through this phase. And hope that he that the current phase passes soon.