Lucy and I talked about all different ideas for her birthday party and she kept changing her mind. I gave her a deadline and she finally came up with a pj party. So I looked around and we went with a Pajama-o-rama Party. (I loooove planning parties 🙂 HA)

Here’s the invite: (I totally found an invite that I liked and then made my own version of it!)

For decorations I went with the same colors I always go with 🙂 The colors in her room!! I used the same banner that I made a few years ago that hangs in her room. And all the puff balls and paper lanterns that hang above her bed. I also found some great fabric that was totally in my color scheme from Value village. (I am going to make them into pillows for her room now). I also got some pretty flowers and had jars of cereal as centerpieces on the table. And I got paper plates and silverware from Michaels and the Dollar Store. I just got square ones for chargers and round ones for the plates to make it all fancy 🙂 Each plate also had a balloon on top of it for later. 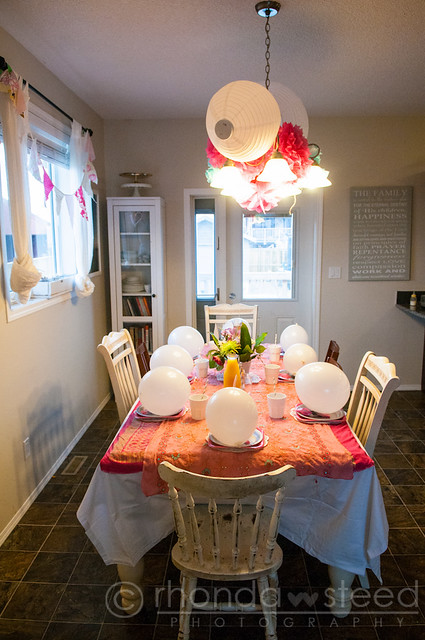 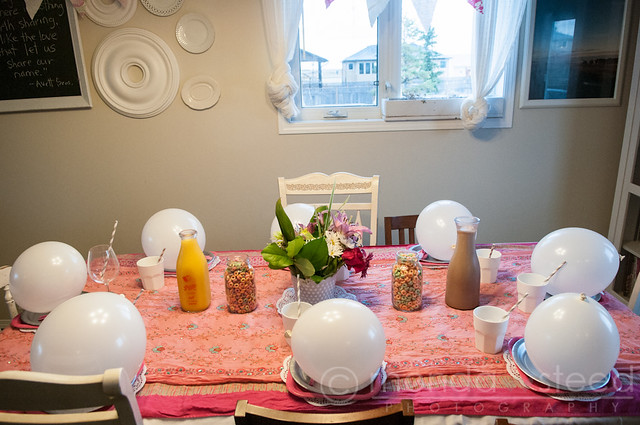 For the food, I went with all of Lucy’s favorites. She looooves breakfast foods. So we had crepes (her very favorite) with fruit, Nutella, whipped cream, marshmallows, chocolate chips and coconut syrup. And then we had hash browns, scrambled eggs and bacon. PLus chocolate milk and orange juice. 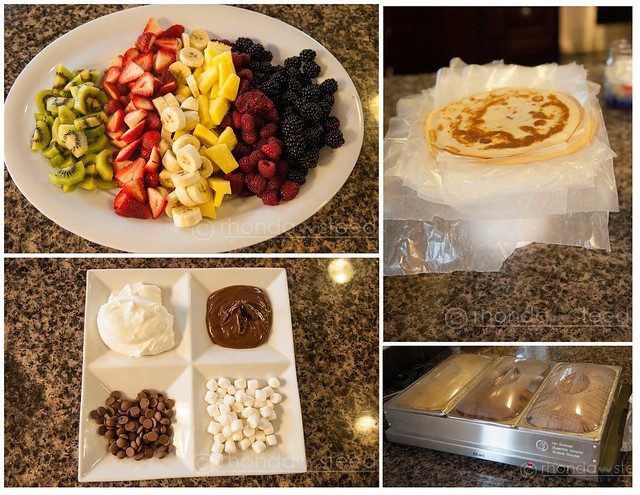 All the girls ready to eat! 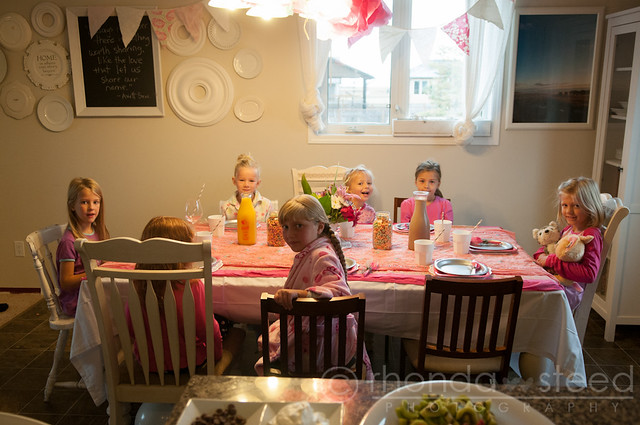 For the activities, first up we ate breakfast! Then we made cereal necklaces out of Froot Loops and Apple Jacks. The girls ended up spending a lot of time on these (like 20 minutes at least). Which was kind of nice 🙂 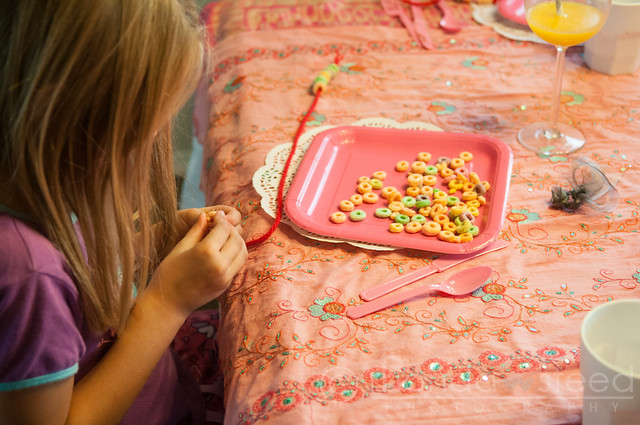 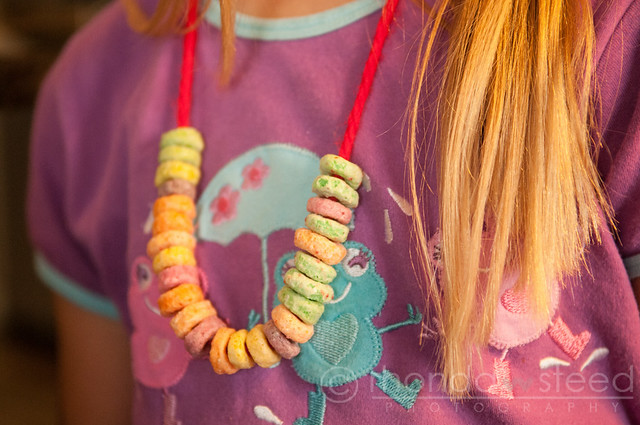 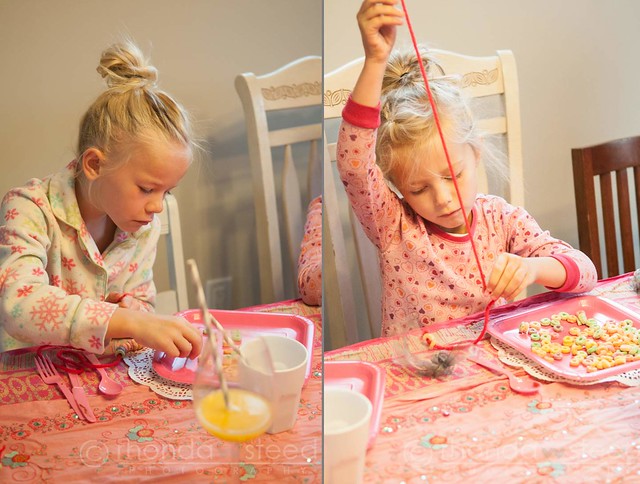 For the girls that finished early then played the classic telephone. 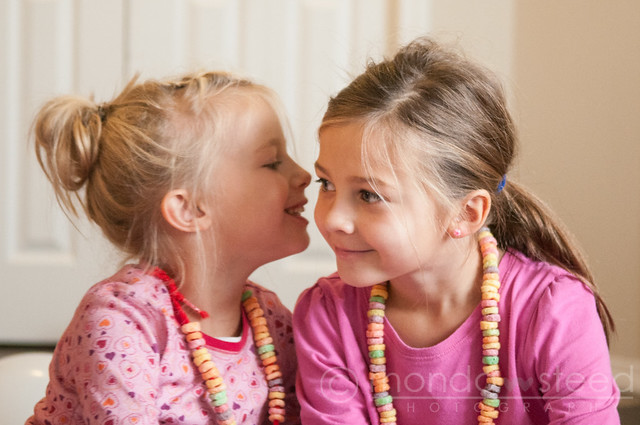 Then I got each girl a new pillow case and we opened those and had sack races in the living room. It was pretty funny. 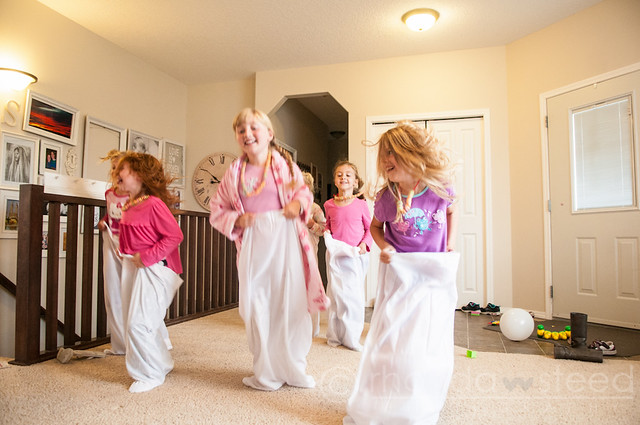 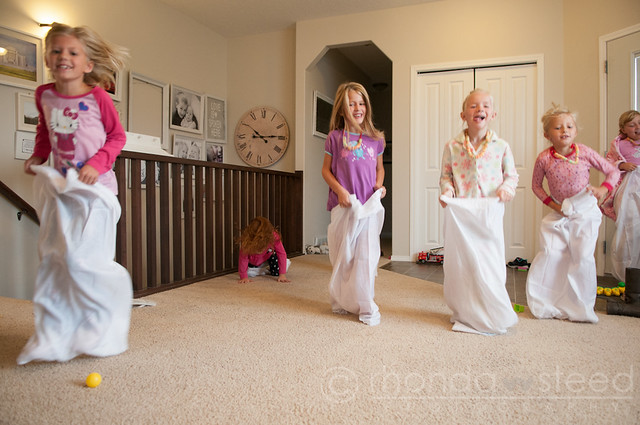 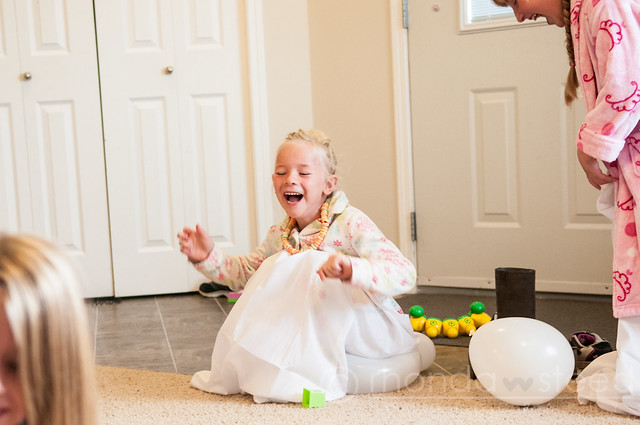 Then we took those pillow cases back to the table and the girls decorated them. 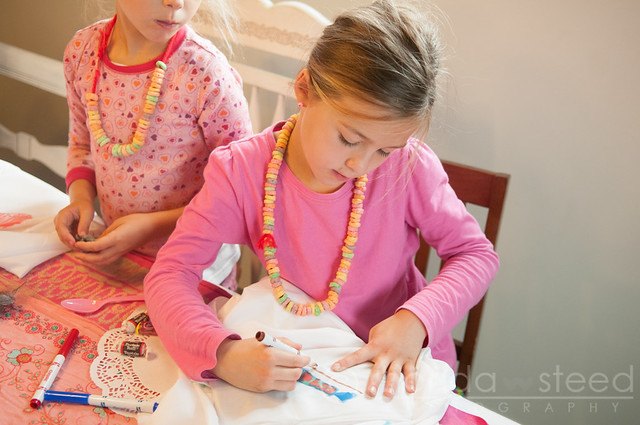 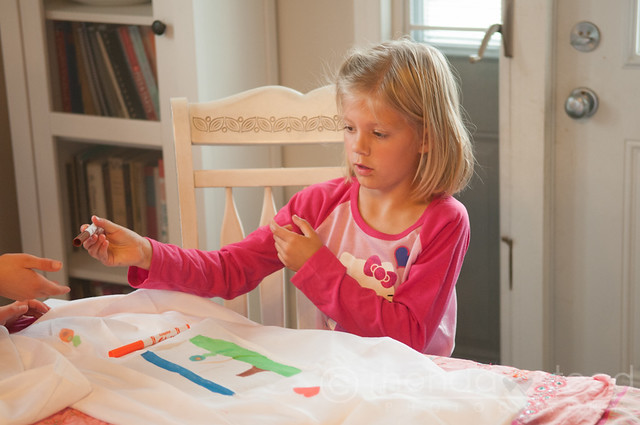 Then we were supposed to do cake but the girls all wanted to do presents so we did that first. One of the things I do on every one of my kids parties is take a picture of them with each guest after they open their present from them. I think in the future that will be something cool to look back on. 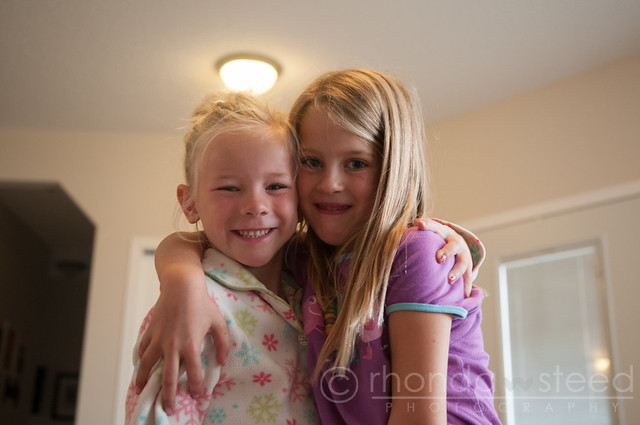 And then had cake. This is what she picked. Rainbow Cupcakes in a jar. 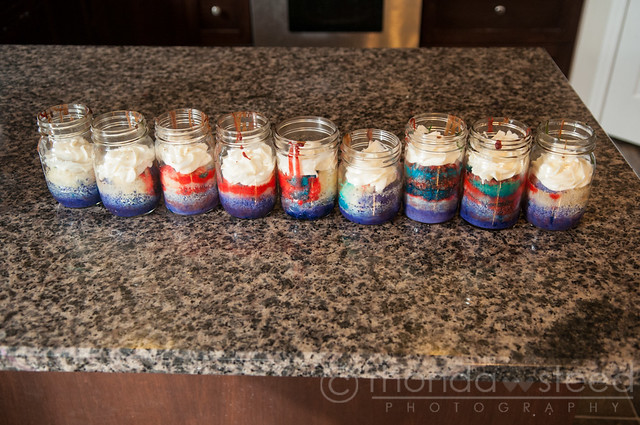 (She was unsure about the sparklers!) 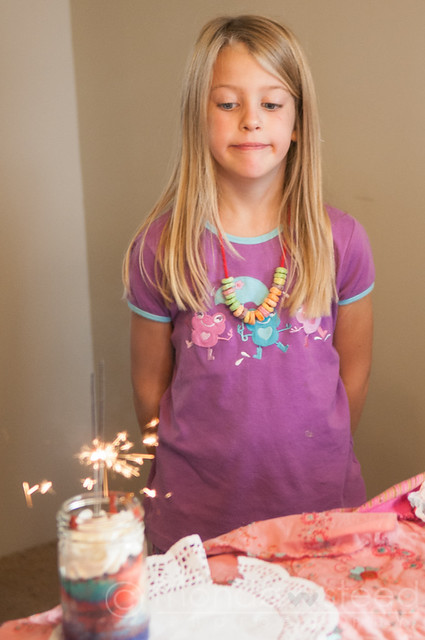 For the goodie bags, they used their pillow cases and picked out a sleeping mask, chocolate milk (i was going to do small cereals with a spoon attached but two stores were out and I just wasn’t going to haul my kids to one more store just in case!), a glow bracelet, a nail polish and a handful of candy. 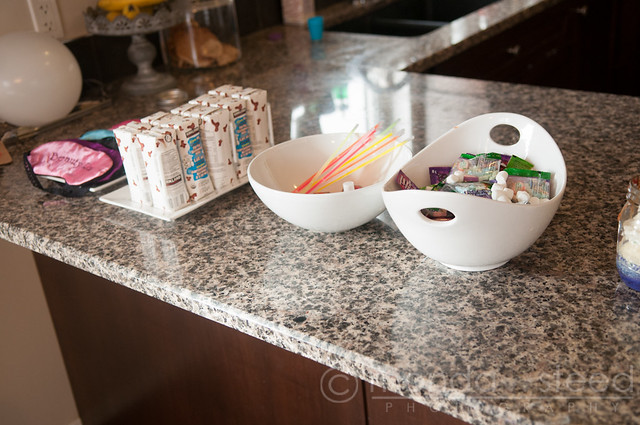 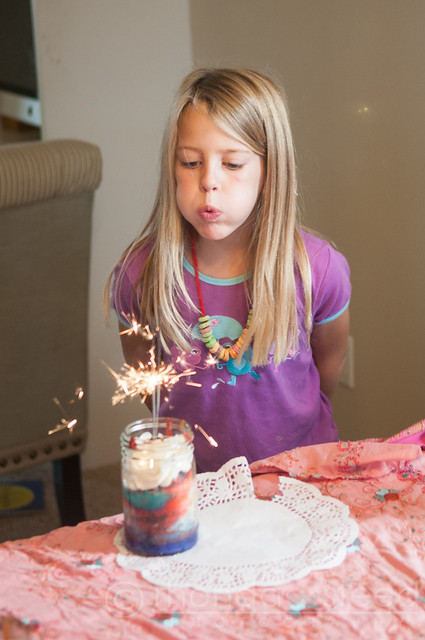 Happy Birthday Lucy! We sure love you!!