For his “topic” as he kept calling it, this year Alden asked for a Mario party. I asked him if he wanted us to borrow a Wii and just play Wii games the whole party or do real life sized Mario games and he picked the latter. I was kind of hoping this time for the easy route, but he really wanted this so we did it.

So we made an obstacle kind of course with the things being loosely based on the Mario Bros game. (Which speaking of that Alden always says Bros not Brothers and it cracks me up every time). So we timed the kids for a little healthy competition 🙂

First you fished for Cheep Cheep fish. (This is Ben fishing) 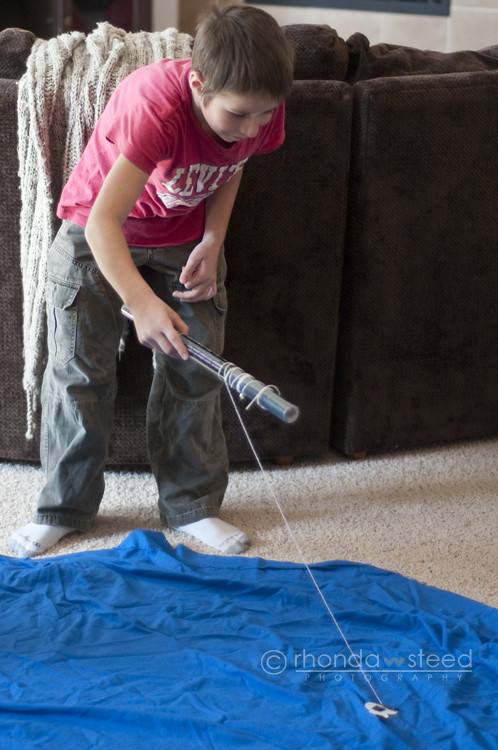 Then you did the Boo Bean Bag toss. (Dane tossing) 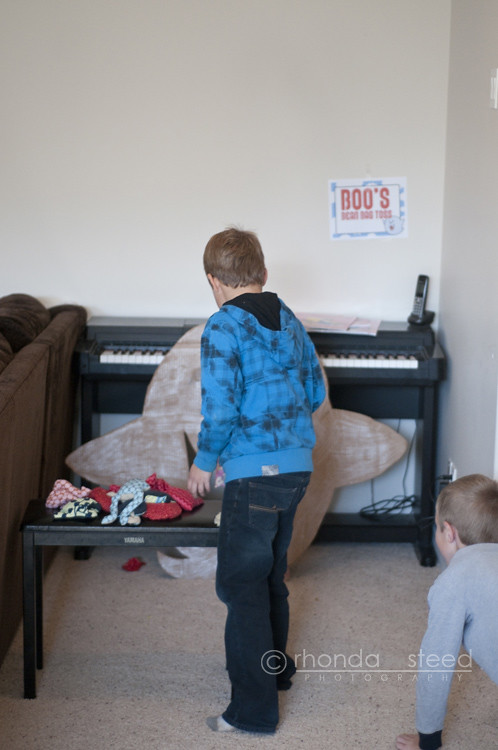 Then you jumped over the “pipes”, grabbed coins off the floor and hit each hanging block. (Alden looooved this part! He made all the pipes 🙂 ) 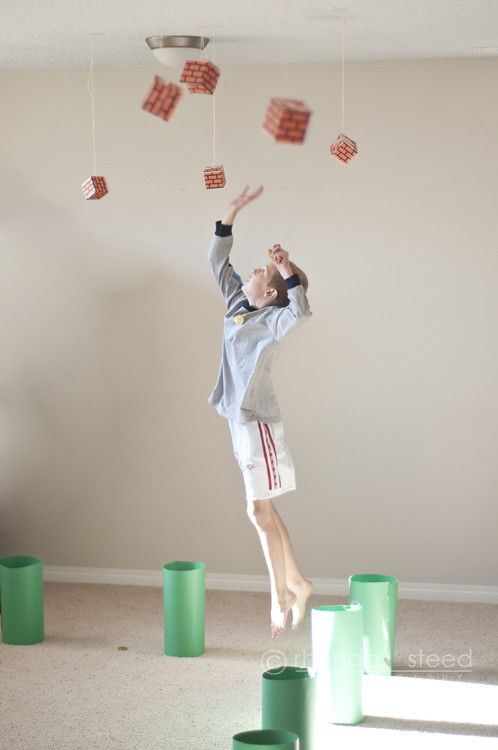 Then pinned the mustache on Mario. (Carter pining) 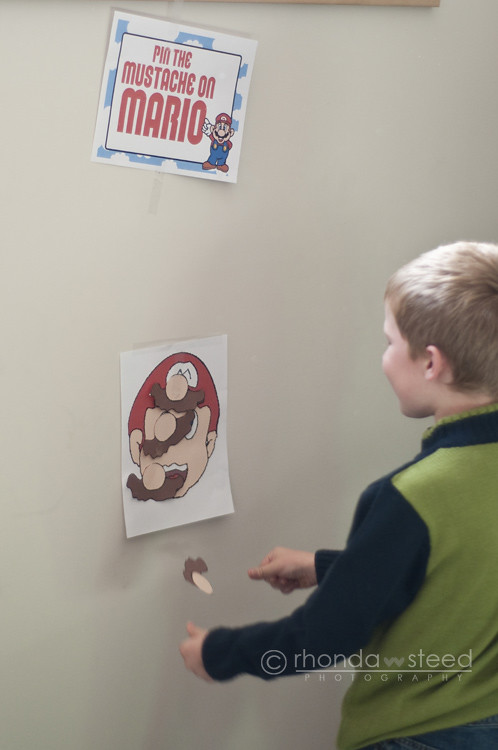 Then you were supposed to stomp the Goombas…. 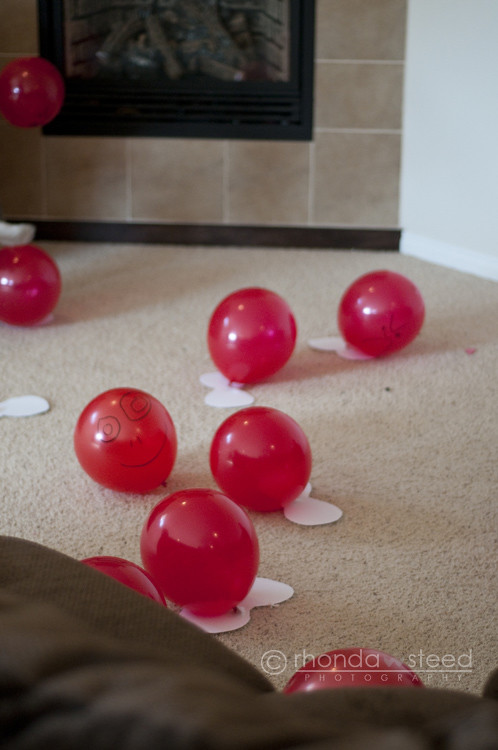 But most boys just did this cause it was faster. 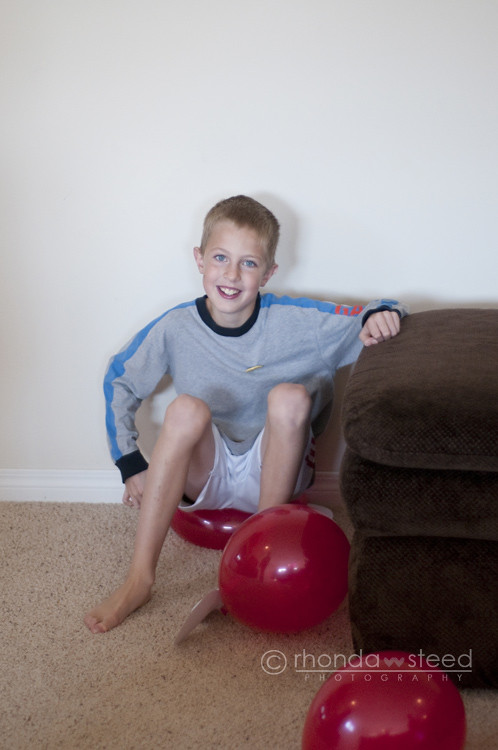 Then outside for Yoshi’s egg hunt. 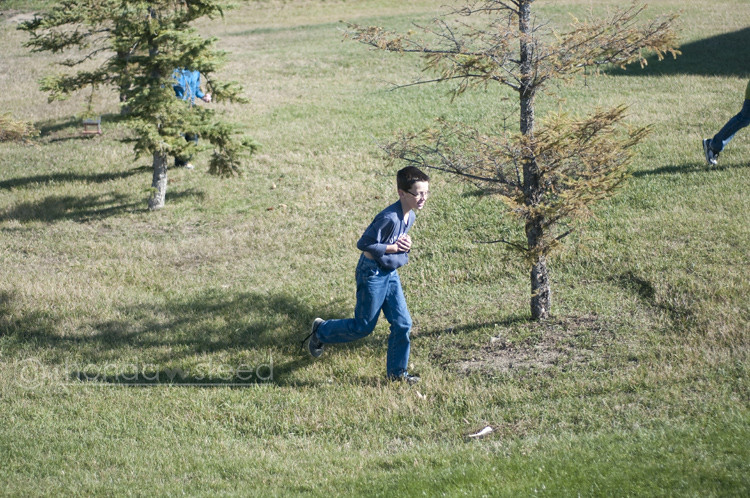 He had asked for a pinata, but I frankly just didn’t get to it. At first he wanted a Bowser one, which I quickly said no too! Then we switched to boo then lastly to the chain chomper which would have been good to do but I just didn’t get the time. That and he wanted Mario hats for all the boys. Both which I had all intentions to do but I just didn’t. (I explained to Alden that I just didn’t have the time and he was fine with it. And then LUCY right after the party said to me, “Wait where are all the hats you were going to sew for all the kids??” )

The cake was an item box. 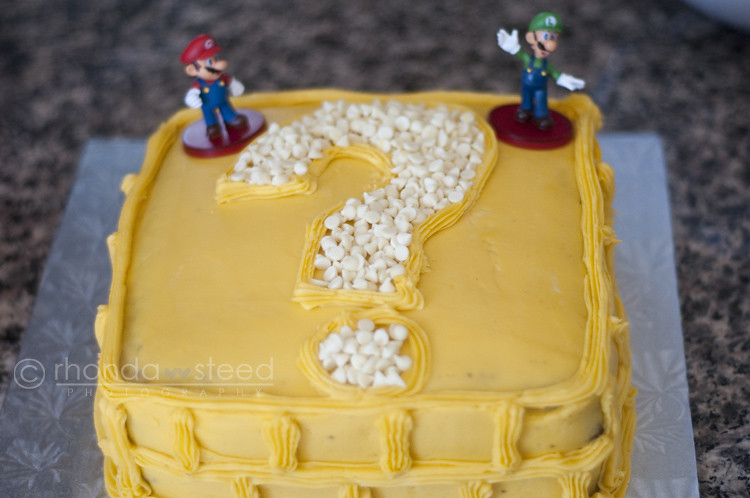 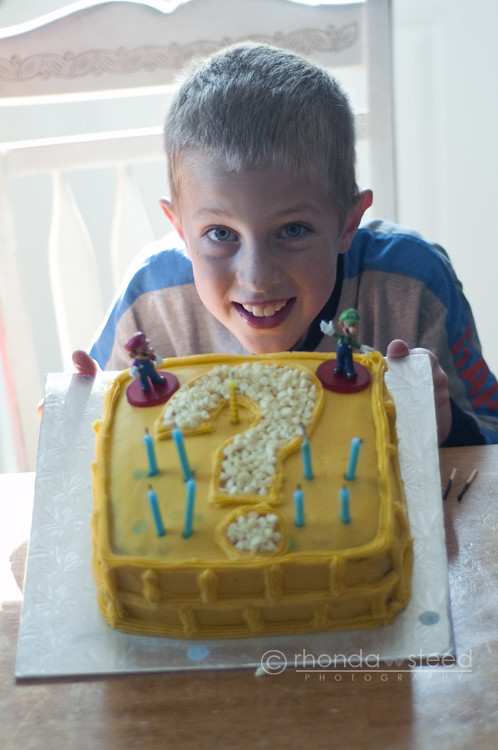 And with all the candy I had bought for the pinata, I came up with this instead and for their favors they filled bags with candy to take home. 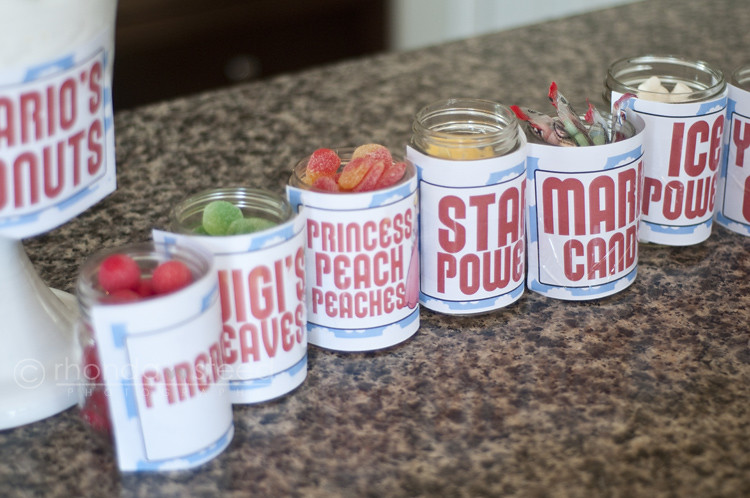 And all the other food…. 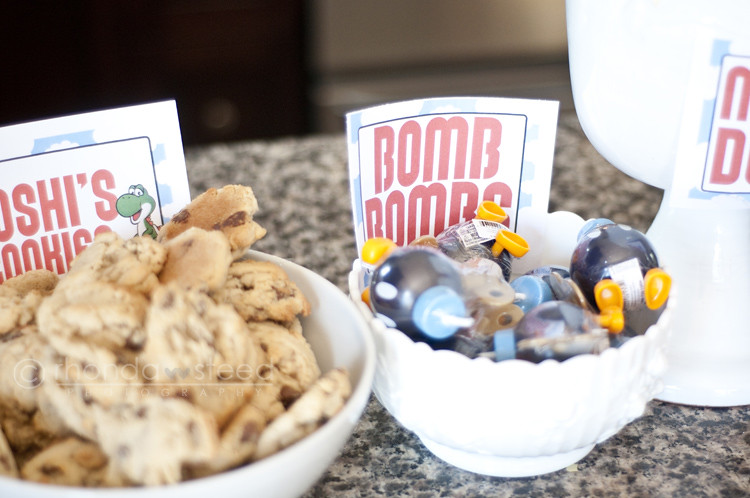 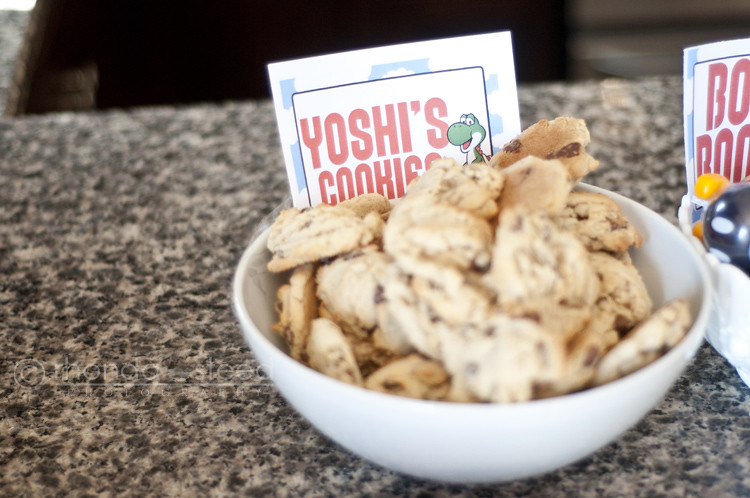 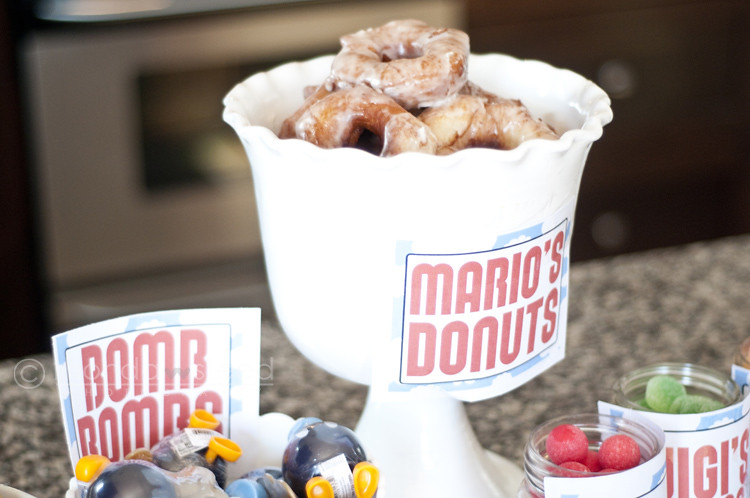 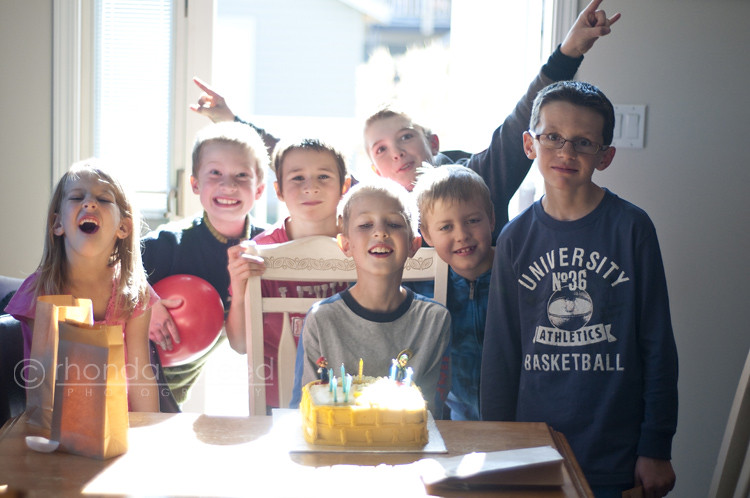 To end the party, we borrowed our neighbors Wii and the boys played a little bit. 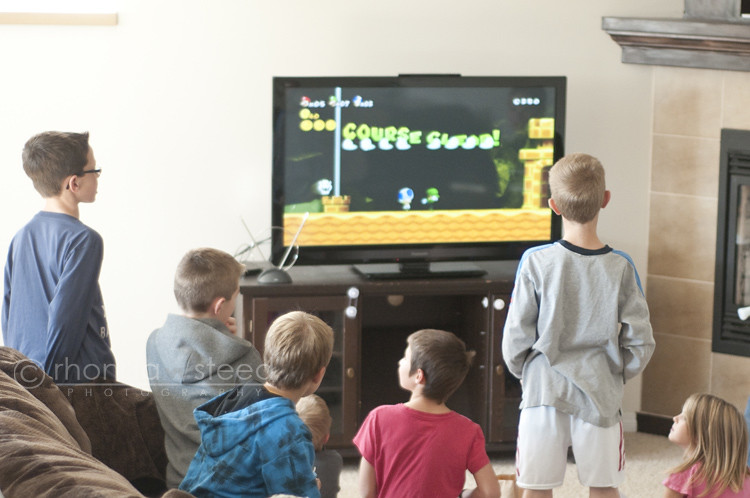