We had a pretty low key party for little Oliver. With family. It was just right. But I did want to show you how I made his Owl cake. Am I a tad bit obsessed with owls and Oliver? Perhaps. When I get every thing done in his room you will see how true that really is (eek).

Anywho, here is the cake. 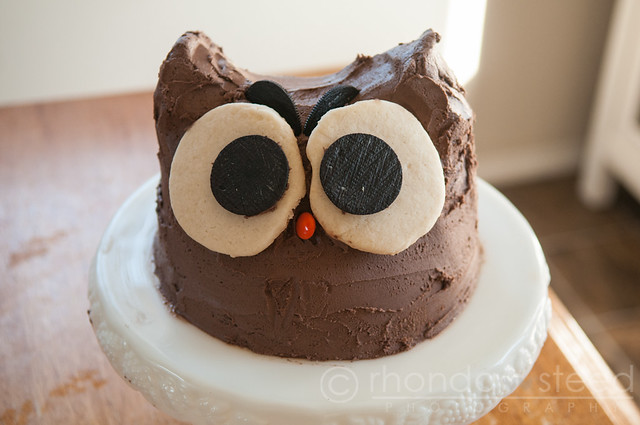 To make it… this is what I came up with. 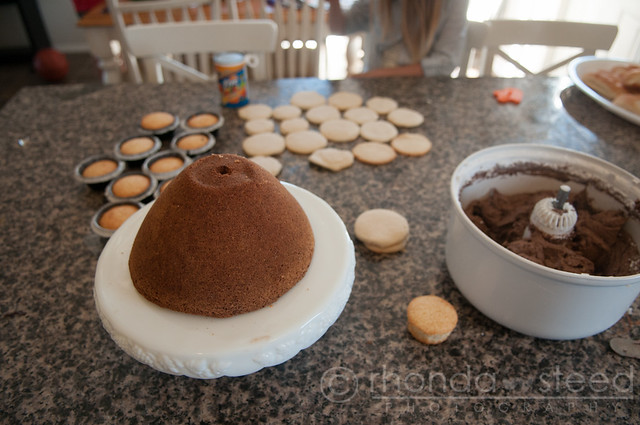 And made a stack of sugar cookie circles to use…. 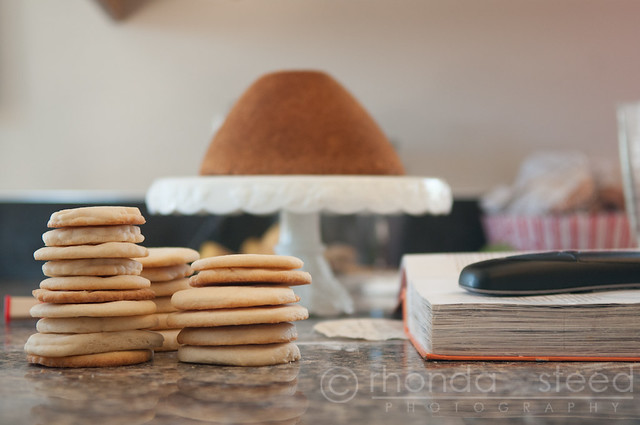 And cupcakes. (Now the cupcakes and the cake are all from the same batch that I made from Martha Stewarts Baking Handbook (which if you’ve read my blog for a while you know I love!) It’s called the Yellow Cake.)

I cooled them all. And made my icing (made a chocolate buttercream.)
First added two cupcakes on the top of the cake. I added a wooden skewer in each just to make sure it was steady. 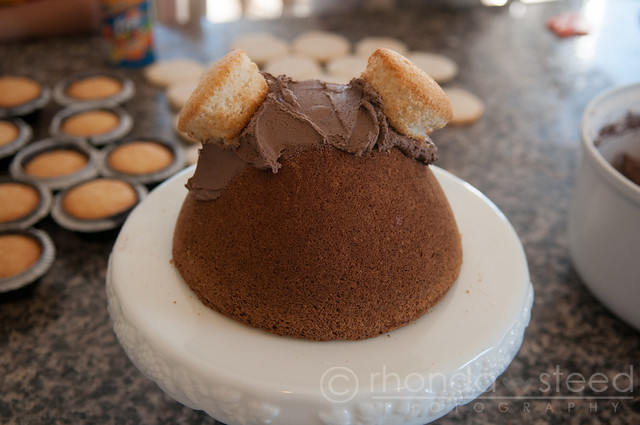 Then covered the whole thing in icing – making the parts at the top a little pointy with the icing. 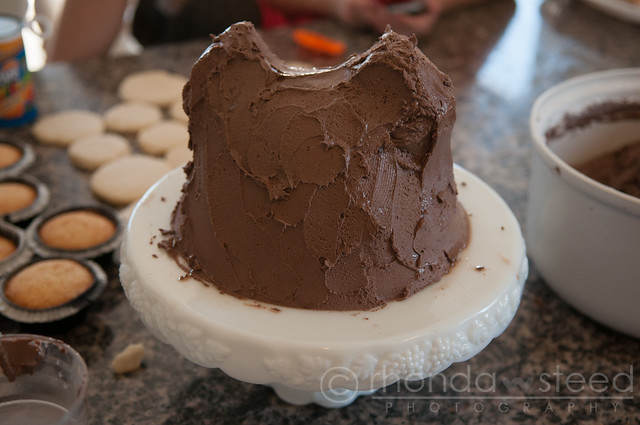 Let that dry a bit then smoothed out the icing more. And added the cookie eyes. 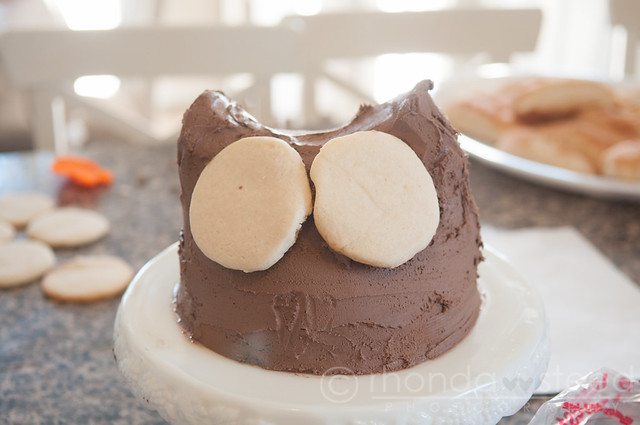 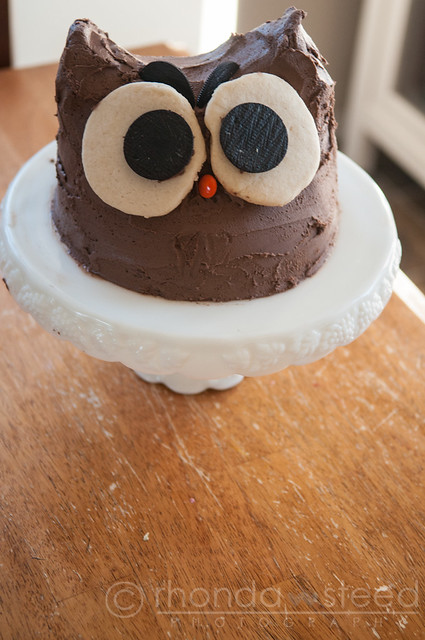 I decorated the rest of the cupcakes too…. 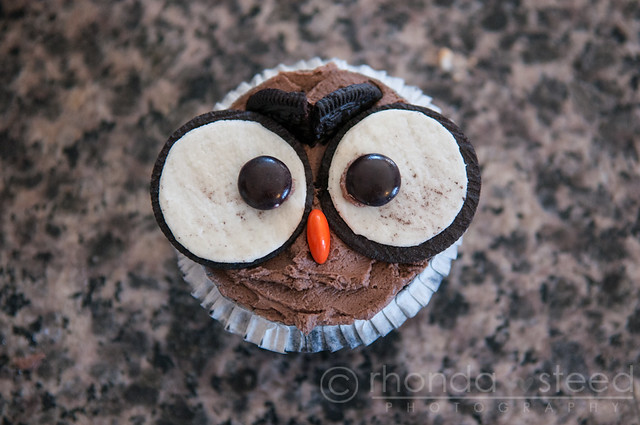 A little flock of owls…. 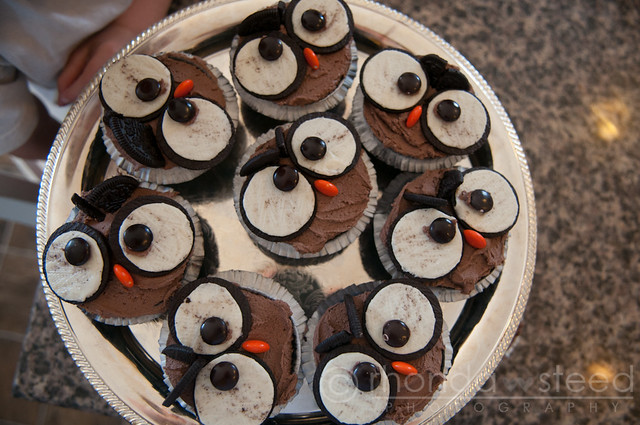 All the treats together (had to ice the rest of the cookies too!) 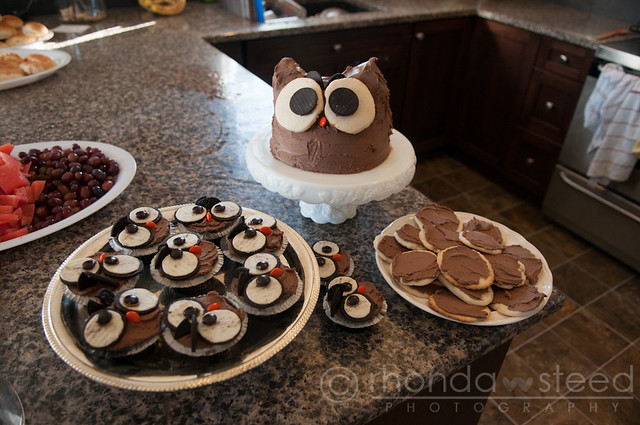 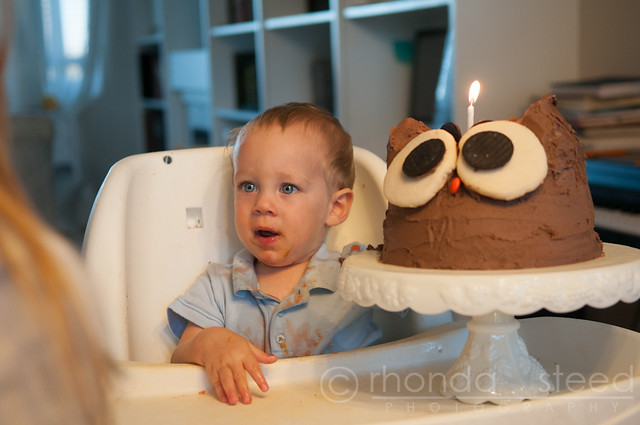