There are lots of things I had read about and wanted to try when we went to France. Besides all the lovely architecture and the museums and art and the history, really I went to eat. And I did. And I could talk a LOT about why I loved all the food and all we ate. It really did live up to all of its hype. And the funny thing was we didn’t spend a lot of time at the super high end places. We did eat at one really fancy place the night before we came home (at my request) just to try it. And it was SO good. So, so good.

And then there was that time when we were in the town called Valance and there happened to be a fancy food street market where they were celebrating food in France. We were walking around meeting high end chefs (and taking pictures with them) and trying some crazy expensive food that was so out of this world! Oh my heck, I was literally in pain when we were walking away because I had eaten so much. And I didn’t regret any of it 😉 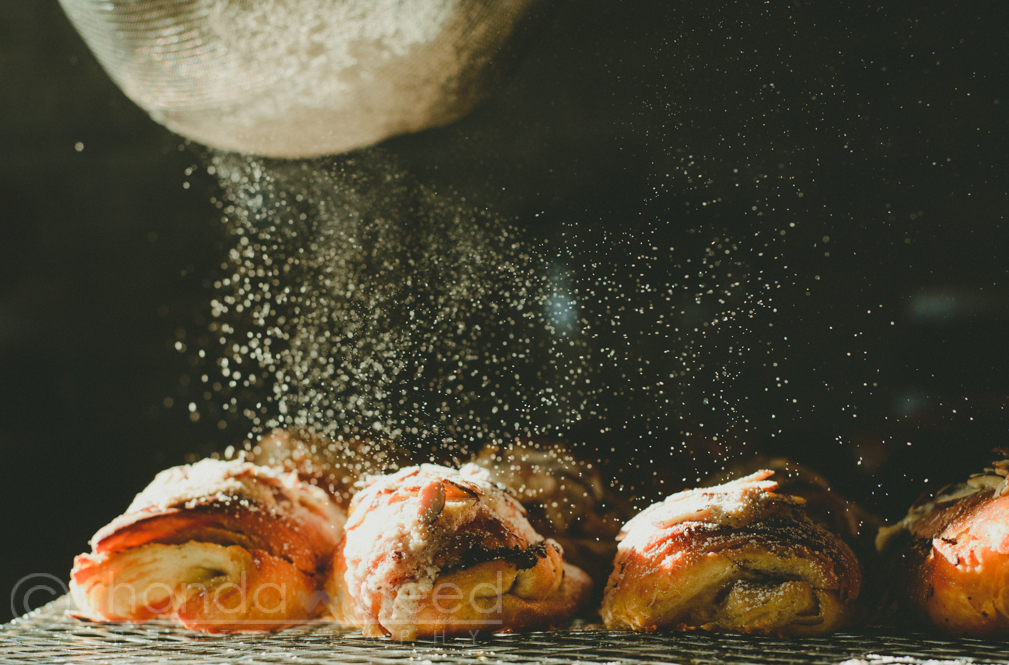 Yesterday after I had made a salad inspired by France for lunch and given it to Regan, he turned to me and said “I guess it did change things.” I have always loved good food. And I do spend more time in the kitchen than some other moms, I know. I do it in part for my kids, but really in a lot of ways its totally selfish. I love good food. I like making it, I like reading about it, I want to eat it and feed it to my kids. And trying so many different things there opened my eyes even more to good food. Regan learned french as a missionary years ago. And missionaries do not eat out at fancy french restaurants. So some of the food was really a surprise as to what we were getting. And that was totally part of the adventure of our trip.

While we were there I noticed a few things about their food.

One of the things I had made in the past with some frozen puff pastry from Super store were called Pain Au Chocolat (chocolate bread). It was my attempt at something that Regan had loved in France. Our first morning in Paris, we go out of our apartment and cross the busy street filled with bikes and busses and crazy drivers into a clean, cute little boulangerie. There were people lined up getting things ahead of us. On the back of the wall was a row filled with breads of all shapes and makes. Ones I had read about and some I had attempted to make myself and so many I had only seen in books. French chit chat was going on around us, a few people sat on stools eating their morning pastries and drinking their morning chocolat chaud or cafe. I was mesmerized by the beautiful counter covered in amazing pastries I had only read about. I had no idea what to pick. I could have pulled up a stool and eaten all day until I was sick. Regan thankfully helped me pick a pain au chocolat and i LOVED it. First bite and I realized the things I had been making at home weren’t even in the same atmosphere as the gold I was eating.

Almost every morning in Paris after that we did the same thing and I tried so many different varieties. And one of my very favorites was the Pain Au Chocolat Aux Amandes. Our whole trip I was making a mental list of foods I was going to research when we got home and after eating one of these it definitely made the list! I already owned a few cook books about french food before we went and one of them is a total baking book. I’ve tried some things in it along with other baked goods in other books. Low and behold there is a recipe for Croissant aux Amandes. And an explanation about how they came about:

“The almond croissant is an example of the patissier’s ingenuity. A bakery invariably has croissants left over. So, how to sell those the next day? Turn them into something almost better than a fresh croissant. Split the croissant, fill them with almond cream, and top them with more almond cream and sliced almonds then bake them. So good.” 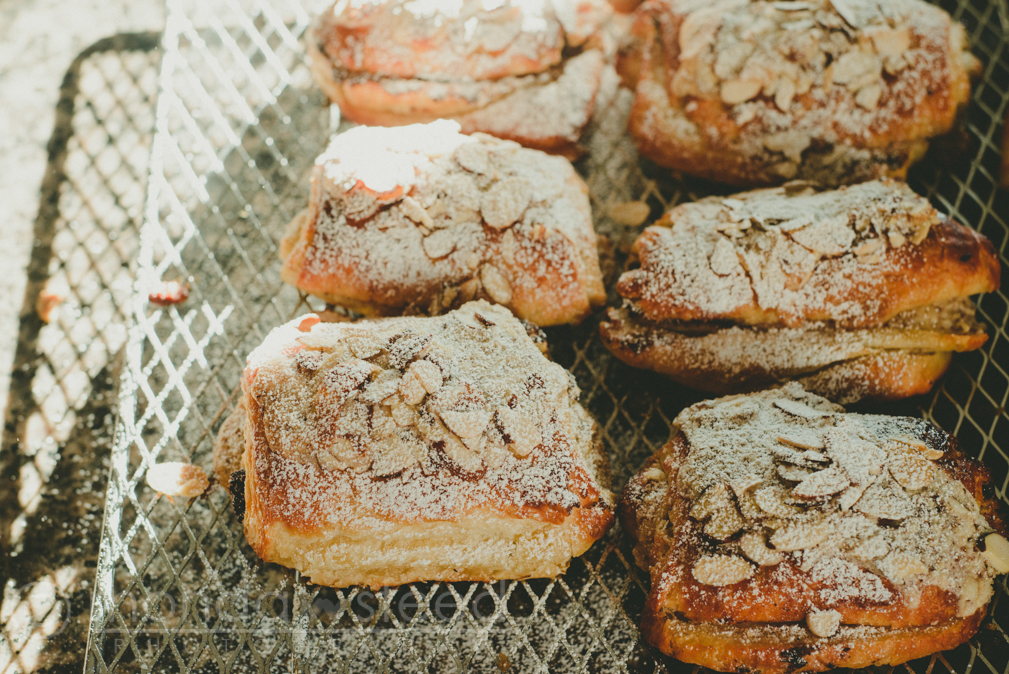 Well I gave them a shot and they worked out. And I’ve had a couple people ask me about the recipe. Now it’s long. But its not really that complicated. Its more of a time commitment, but in the end I can not stress enough – it is so worth it. I’ve thought about it since we gobbled the last ones up. These are totally gonna become our Christmas breakfast treat. Something for a special occasion. Although I plan to make them on Saturday for thanksgiving so my mom can try some. I might eat one or two myself. 😉

I found a few recipes online to try out and ended up combining of a few of them to make what I tasted in France. The ones we tasted in France were all shaped in rectangles like this. Which I liked more than wasted the corners of the labour intensive dough that took 2 days when I made the croissants. (I made those the first day and then the immediate next day I made the pain au chocolate ones.) The ones Savuer shares are the croissant variety.  And the first recipe I found online for the almond ones was from Chocolate and Zucchini. Which then made me think of the cookbooks I owned where I had I already had one. I used parts of that and then mostly the Martha Stewart one.

Go read those links and see if you want to give it a try. I promise they are soooo worth all the work. I’ll dream of them tonight and think about making them this weekend for my family.