I decided last week to throw together a little party for Oliver. It’s his birthday on the 15th and Regan and I will be on a trip (YIPEE) so we are going to miss it. So I threw him a little party yesterday. We were already having some friends over for our suuuuper casual joy school we are doing so I just did it right after that. Two birds, one stone. Perfect. I didn’t even make invites. It was a super casual party. Which is funny cause the night before when I was making a few things for it I showed Regan these puppies in hats and all he said was “I thought you were making this simple.” This WAS simple! Hats on dogs doesn’t make it complicated, but it sure did make them cute 🙂 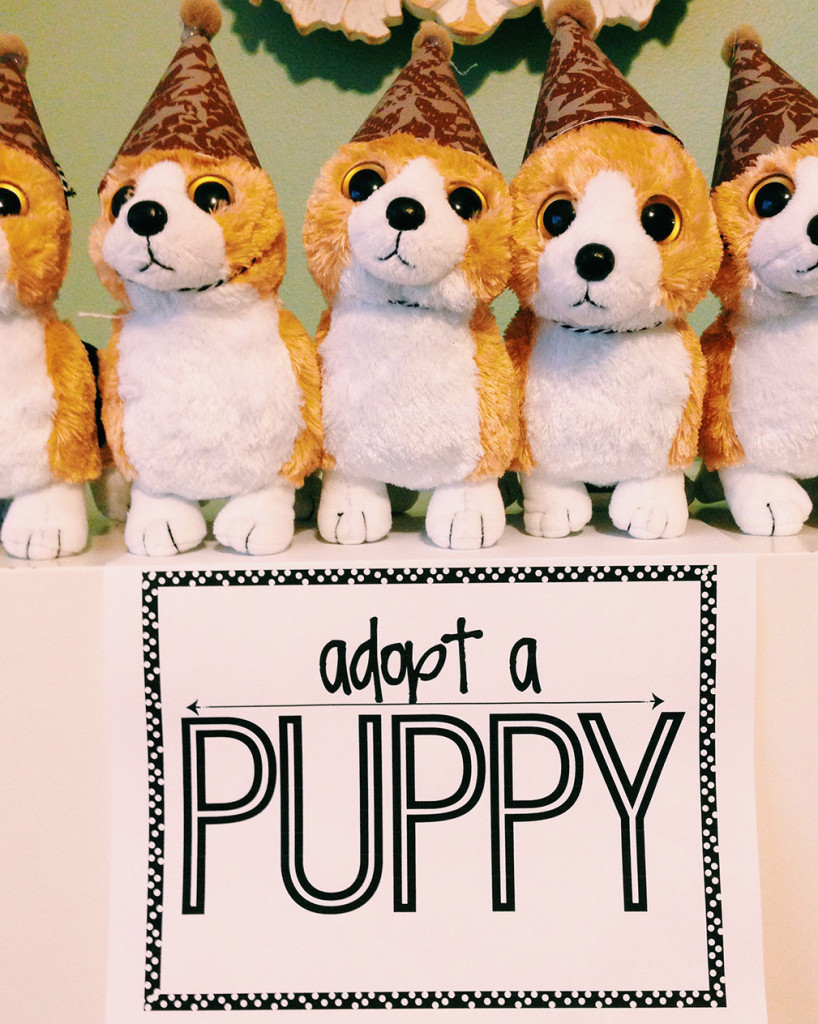 Really that was the most complex part. First up the kids all made puppy ears. I had the stuff precut and they just glued on the spots and then I fitted them to their heads. 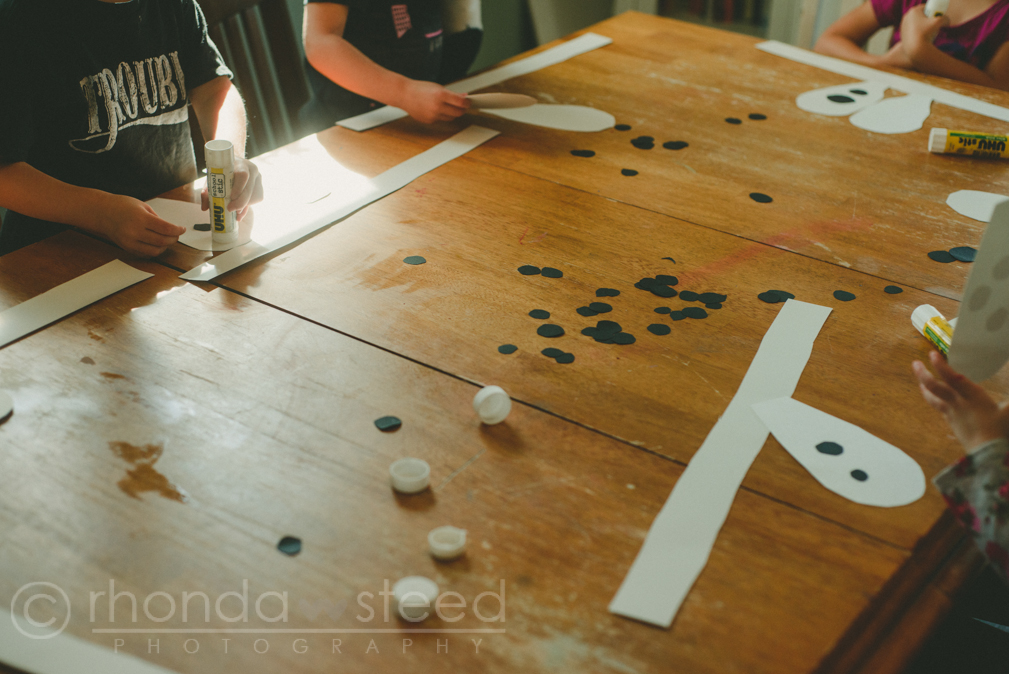 Then we started out playing puppy. (And I have to add that I saw that teal sweater of mine but I was being lazy and I didn’t move it. And now as I look at them regret it.) So back to the games… Play puppy. I put out puppy dishes (throw away pie plates) and filled them with puppy food (coco puffs). And they had to eat it like puppies. 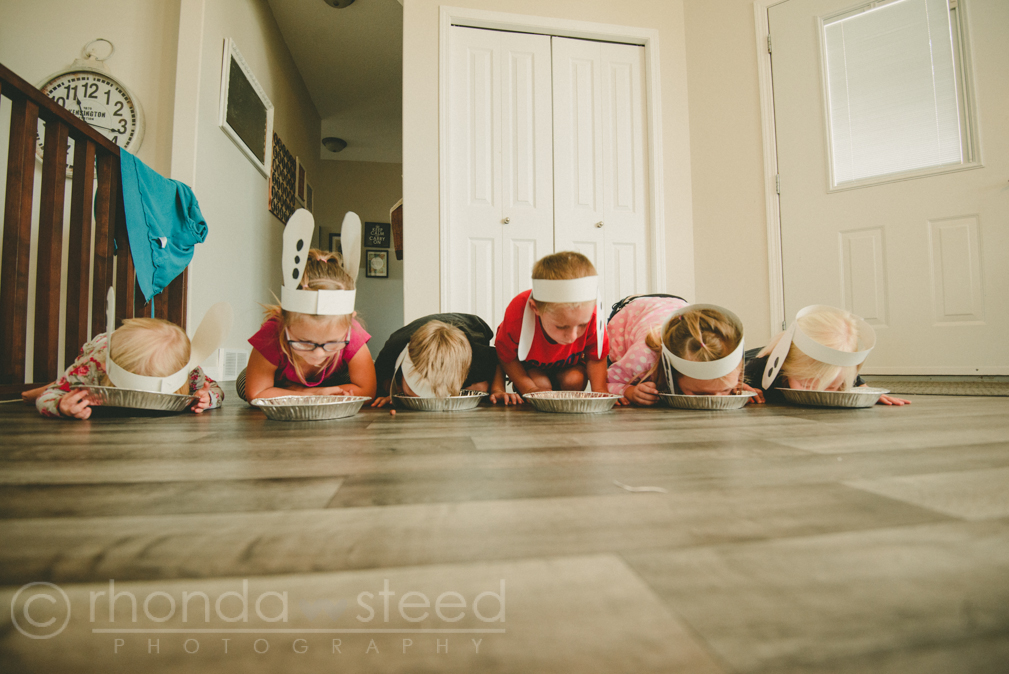 And then we did water. To drink like a puppy. 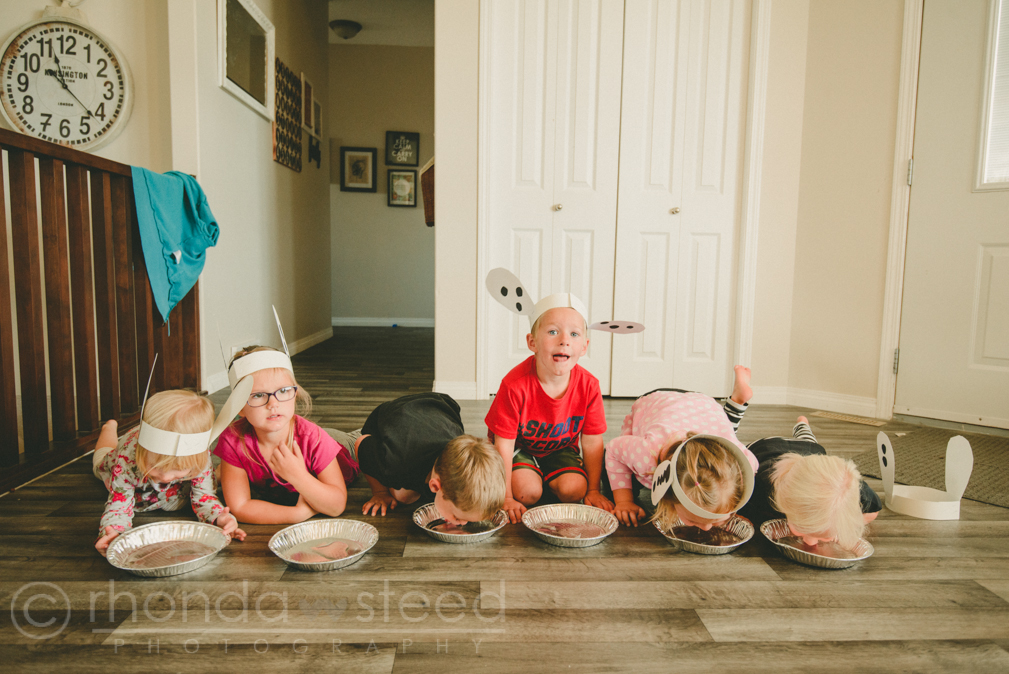 They thought this was SO funny. 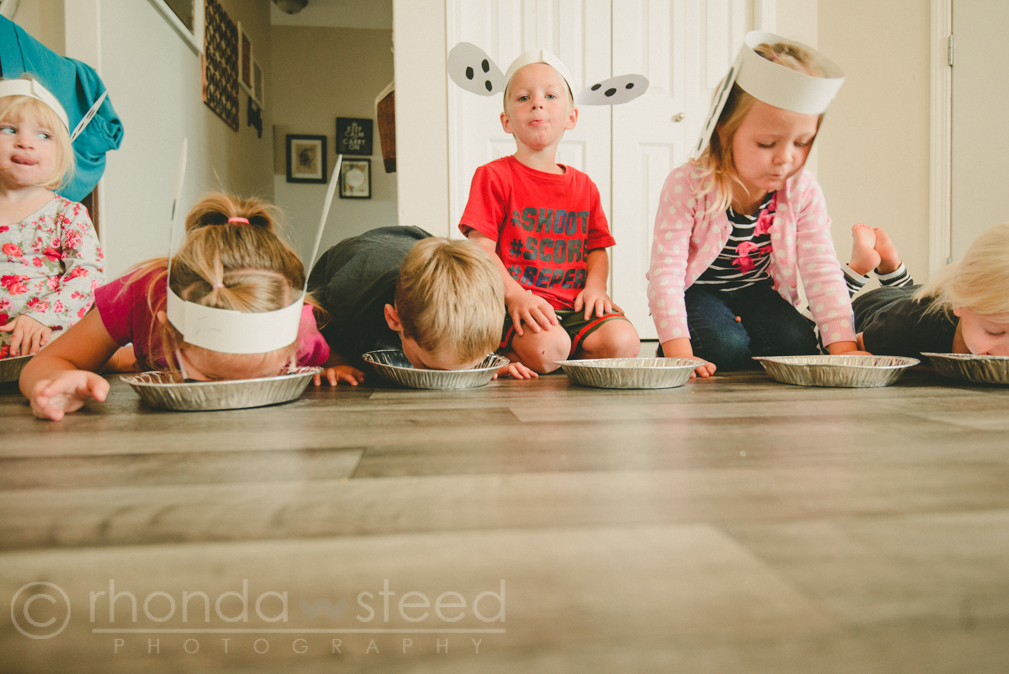 Like hilarious. I was laughing too.  Then I played fetch with them. They stayed lined up and I threw sticks (pretzels) to them and the ate them off the ground. And then they caught bones (popcorn twists) and made growling noises. Seriously they played all this for like 15-20 minutes. And I laughed the whole time. It was so funny and they LOVED it. They like to play puppy anyways and so I just encouraged it. HA!

Then we did Pin the face on the Puppy. To make this I was at the dollar store and I saw a gift bag with a dog on it. I bought it and cut out the dog and glued it onto the paper and used the face from the other side. SUPER simple and easy. 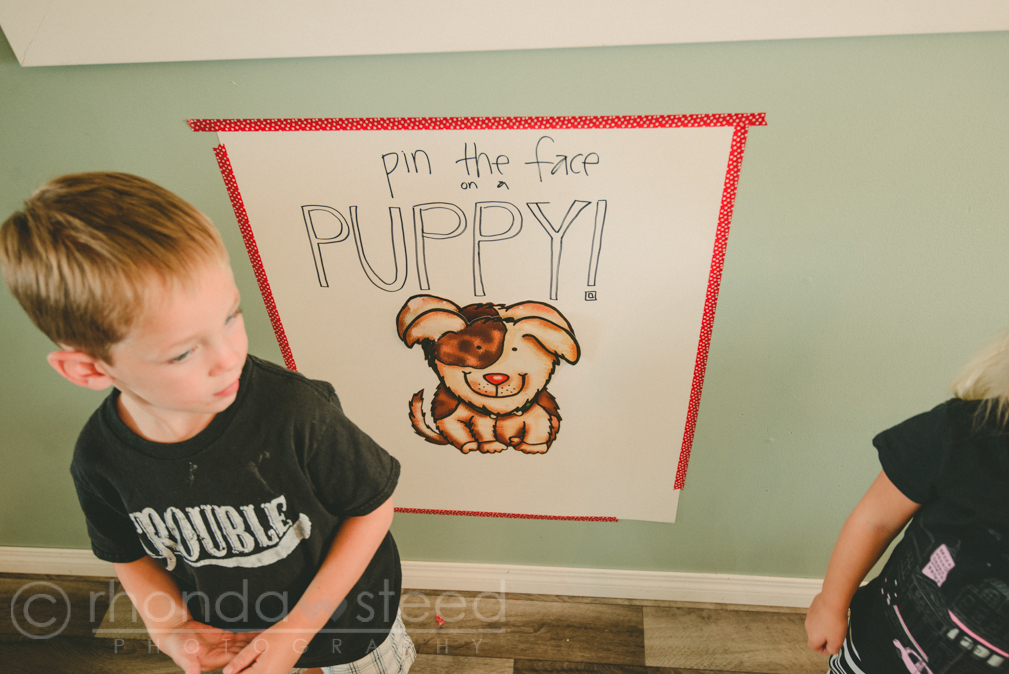 After that we had some food. More puppy food, sticks and bones along with wrapped puppies (pigs in a blanket) and some chocolate milk (Oliver’s VERY favorite thing). 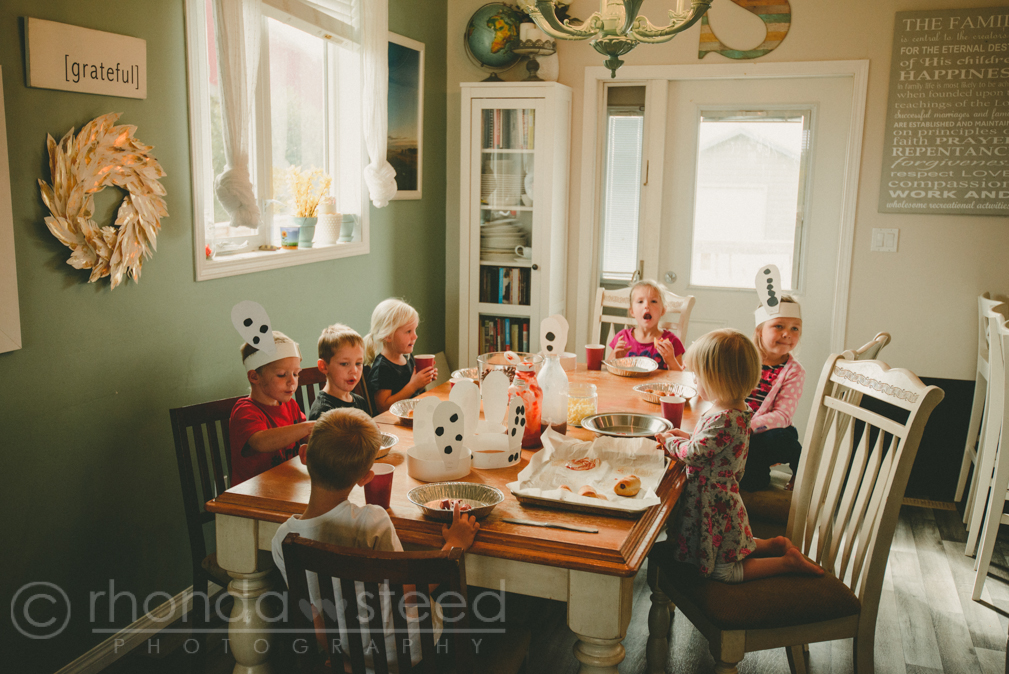 Then we did the cupcakes. I made paw print ones with chocolate cupcakes and vanilla butter cream. I just used brown M&Ms and chocolate wafers on top for the paw prints. 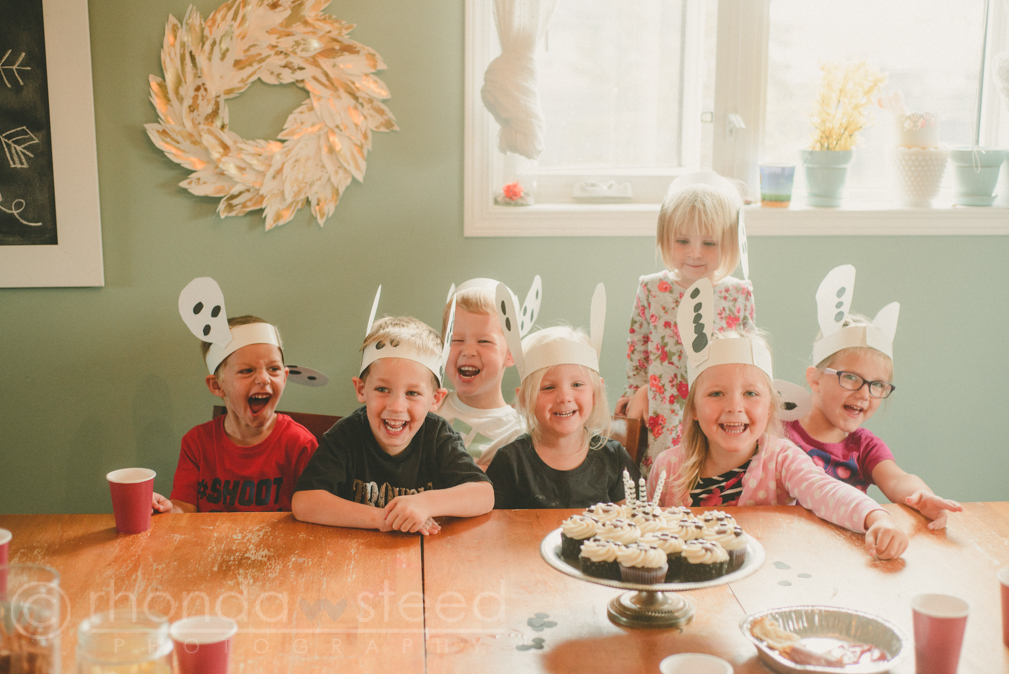 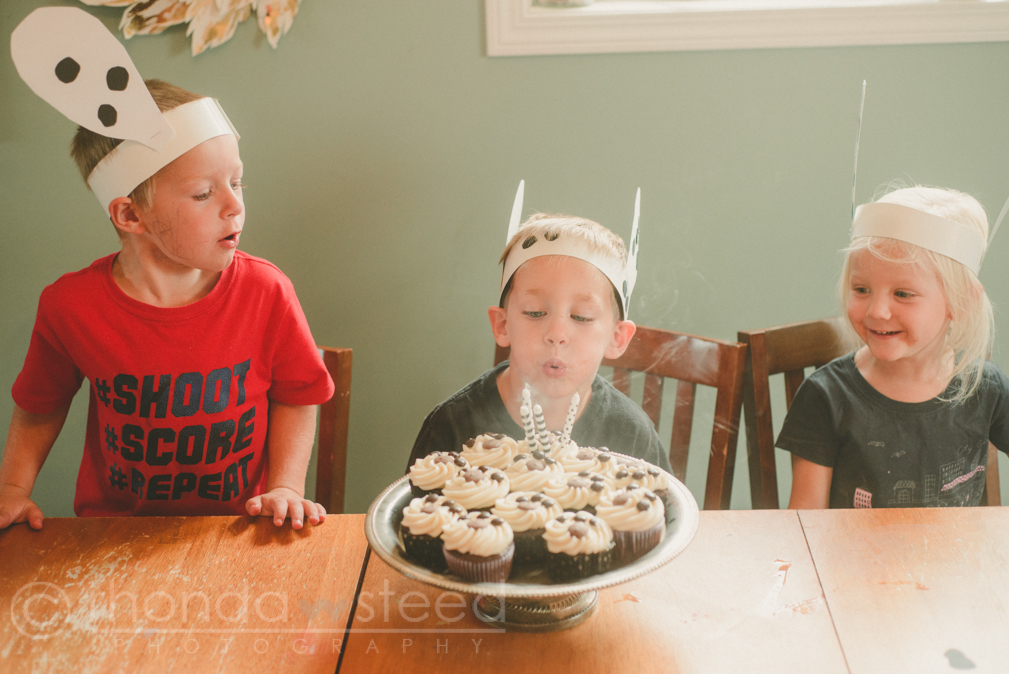 Then each kid got to pick out a puppy from the adoption center. I had them pick out a a dog (they were all the same) and a puppy blanket (literally a square of fleece). It was easy and quick and they all got a “gift bag”. 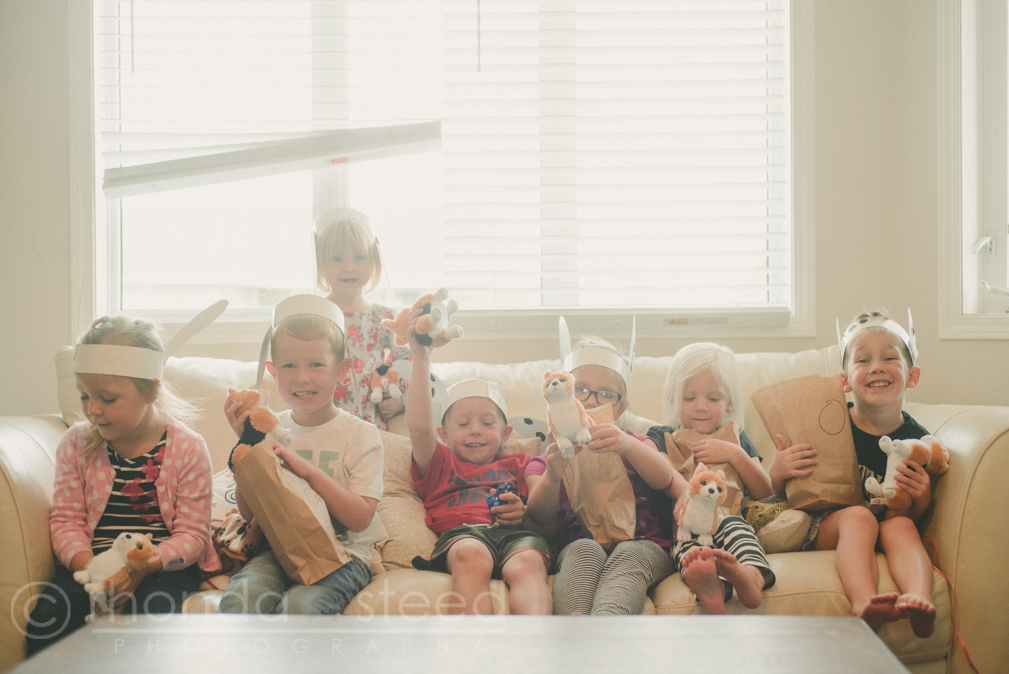 Really it was so simple and easy. Perfect for a 4 year old boy. 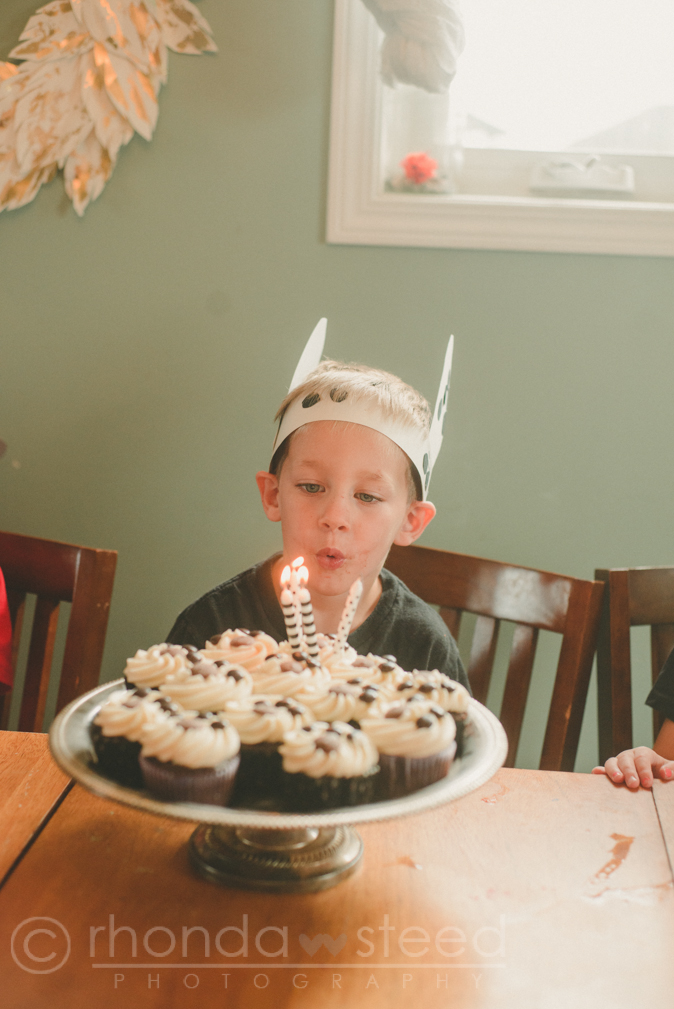