A few months ago the cable company called and asked if we wanted to try out cable and a PVR for 6 months for free. I thought of Food Network for 2 seconds and said yes. I’ve set it up to record all my favorite Food Network shows and then at night when I am too tired to do anything but stare blankly at the wall, I watch Food shows. Regan had come home one night after the kids were in bed and found me snuggled up on the couch in my coziest pjs watching recorded cooking shows. He sat down beside me in the dark and watched for a few minutes, before asking “Don’t you ever think, why I would need to watch a show where she was talking about making a chocolate cake, when I could easily do that?” He got bored relatively quickly and moved on to doing some of his never-ending doctorly paperwork. I kept watching and started a new episode that happened to have french toast in it. Well I watched, even though I know how to make french toast. Or so I thought!

I have never really loved french toast. It’s okay. In my mind, it’s just above cold cereal and way below good waffles and other tasty hot breakfasts. (To me cereal is like eating old, tasteless, soggy, cardboard….not to say that my kids don’t eat it pretty much every day….) French toast is a I-don’t-want-cereal-but-i-dont-have-much-time kind of breakfast. The thing I don’t like about french toast is the sogginess and the egginess. When you cook the bread, but the inside is still a soggy, eggy sponge. No thanks. (I bet you can guess how I feel about bread pudding…)

Because I watched a Cooking show that showed lowly french toast, I will never make french toast my old way again! 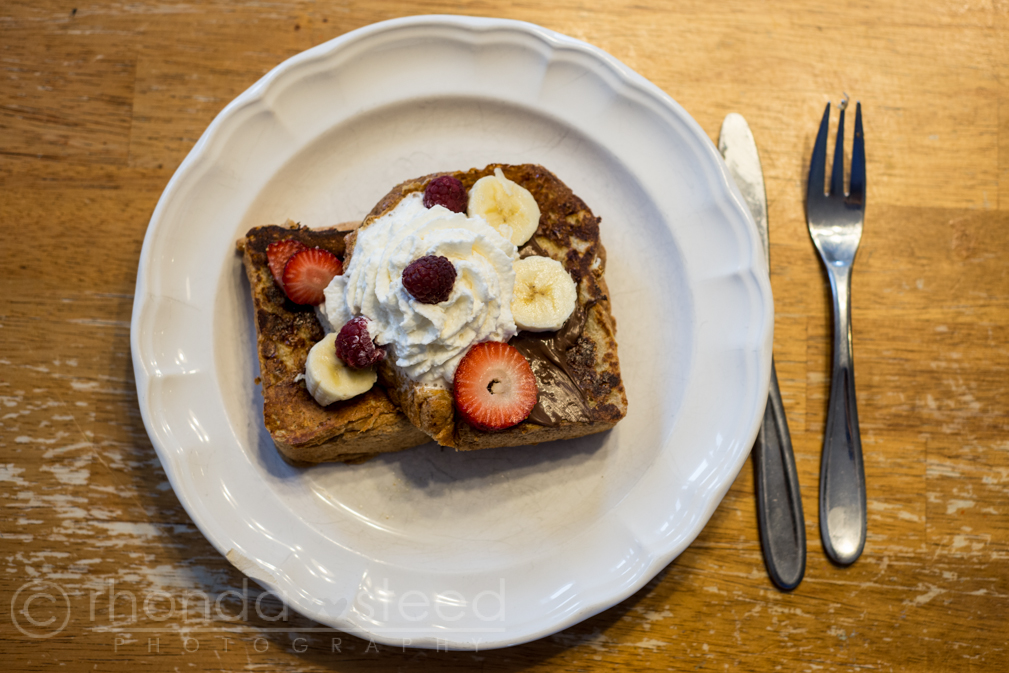 3 things about this french toast:

So. Give this recipe a try. French toast has officially climbed the taste latter at my house thanks to Ree Drummond!