So I like to try out new things. And I find different cuisines  fascinating. I had a big pork loin thawed the other day and I wanted to try something different with it. So I was googling pork loin and found an article on Spiedies. 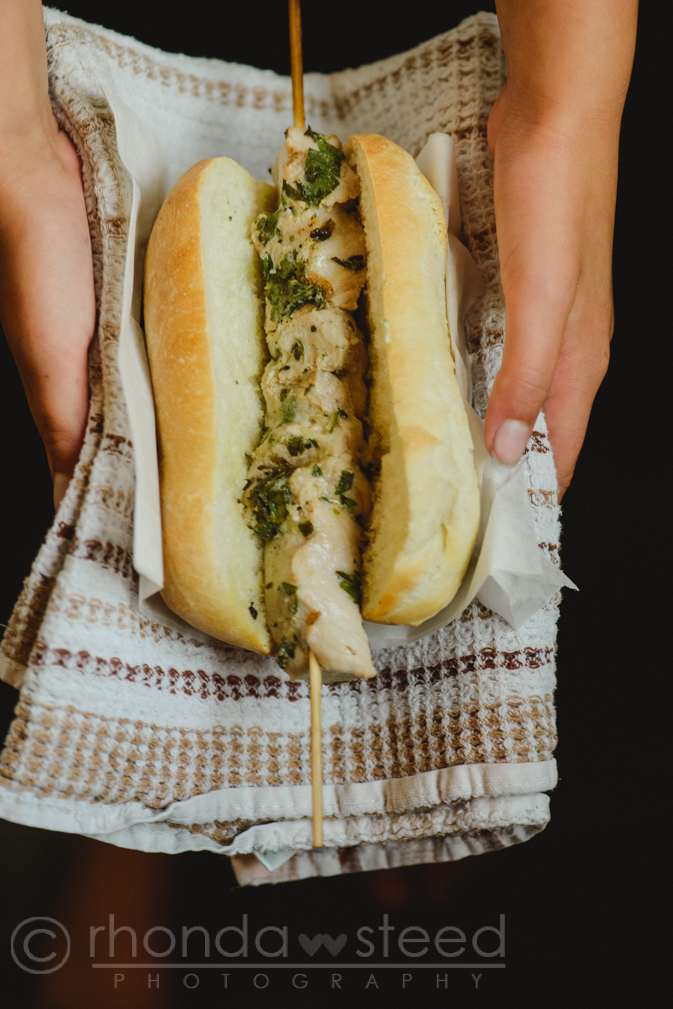 If you’ve never heard of them (neither had I!) here is what Wikipedia says about them:

“The spied /ˈspidiˈ/ is a sandwich local to Binghamton, NY in the Southern Tier of New York State, and somewhat more broadly known and enjoyed throughout Central New York. A spiedie consists of cubes of chicken, pork, lamb, veal, venison or beef. The meat cubes are marinated overnight or longer (sometimes for as long as two weeks under a controlled environment) in a special marinade, then grilled on spits (if steel skewers are used, they are called “spiedie rods”) over a charcoal pit.The traditional method involves serving freshly prepared cubes of lamb, chicken, or beef on soft Italian bread, and occasionally drizzled with fresh marinade. However, it is common to find them served on a submarine roll, and chicken is now the meat of choice due to cost. The bread is used as an oven glove to grip the meat while the skewer is removed. Spiedie meat cubes can also be eaten straight off the skewer or can be served in salads, stir fries, and a number of other dishes. The marinade recipe varies, usually involving olive oil, vinegar, and a variety of Italian spices and fresh mint.” 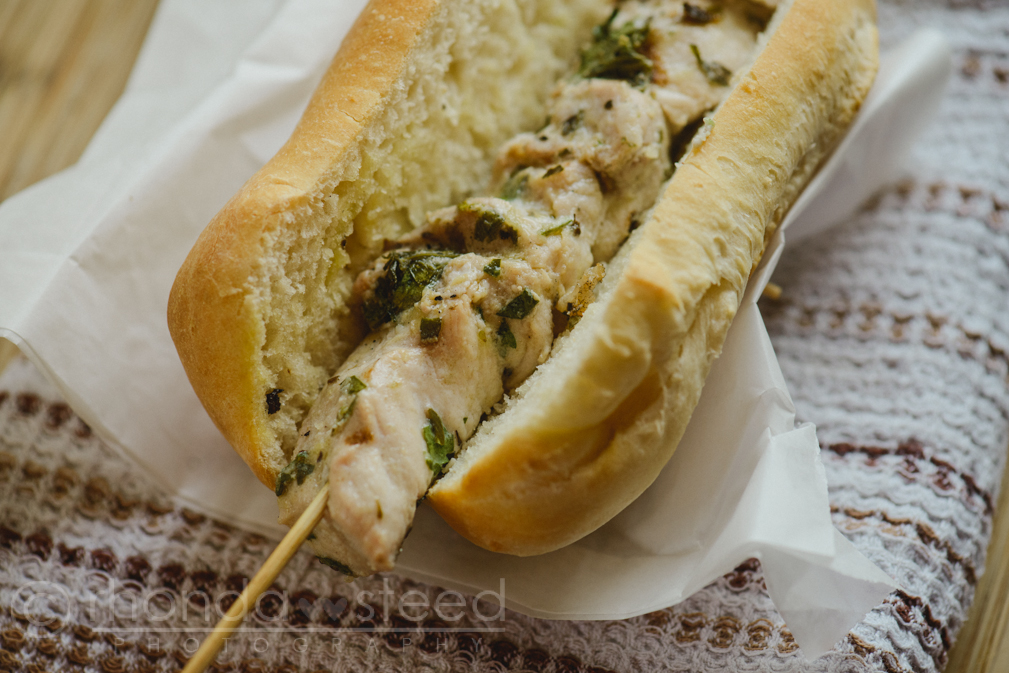 So I googled some more and found a lovely recipe on the fantastic Saveur. Which in my opinion has some of the best recipes (and pictures) on the net about food! So I gave them a shot. And we liked them. Although the Mr was a little put off they aren’t supposed to have cheese. Cause in his opinion every sandwich has cheese. But he went along anyways. 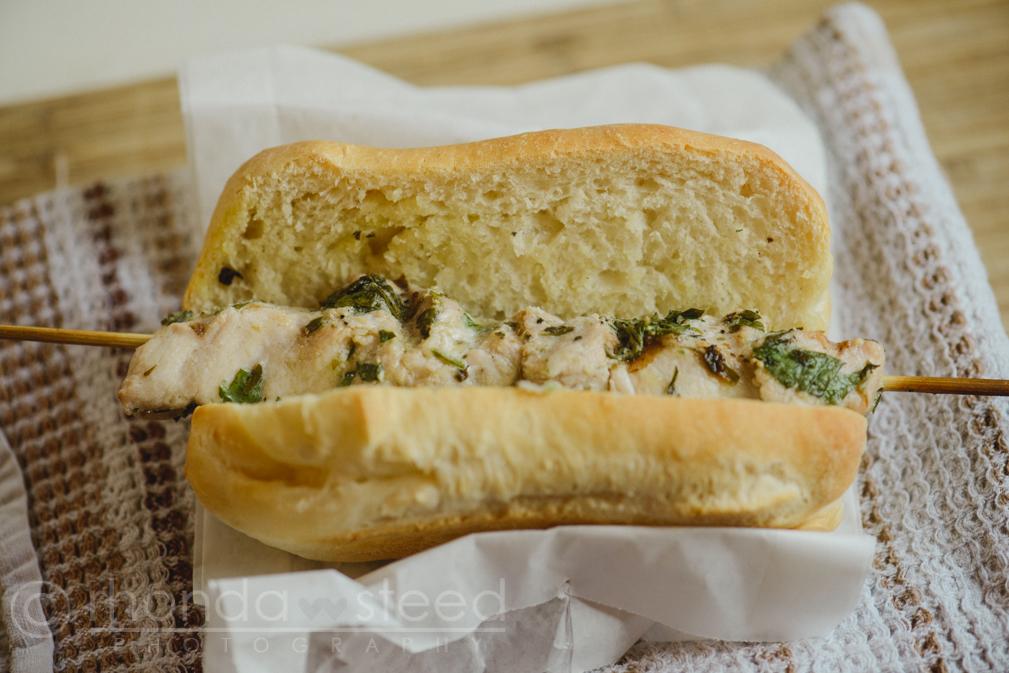 This recipe comes from Savuer (http://www.saveur.com/article/Recipes/Spiedies) and was adjusted a tiny bit.
Print Recipe
Course Entrees

I made the Italian Hoagie buns too. So I’ll share that recipe next Wednesday!

It’s a pretty fun way to introduce other foods to kids. Especially cause if you put it on a stick, my kids are more interested in it.