Since it’s V-Day today, thought I’d share my love story here. I made a little mini album years ago that tells the whole story of our meeting, dating and wedding day. I’ll try to give the short version 🙂

“Meeting Regan for the first time in my mind is not the actual first time we met. He first saw me in jogging pants and a backwards baseball cap, as the ref for an LCC soccer game. The time I like to remember is the one where meeting Regan sticks out in my mind, a few weeks later. A friend Baptiste happened to meet Regan as a missionary, when he went home to see his family in France. They realized they would both be in Southern Alberta in a while and decided to meet up there. Baptiste had a group of post missionaries who had all served in French missions over for a crepe dinner. (Regan was included). The same night, I came over to help him make the food. Regan was very quiet that night. He was wearing a green hat that had a zipper pocket. Someone told my room mate Rosalind and me that it was a penny hat since he kept pennies in it. We all went to a near by park and played a french game. The whole time Rosalind and I kept stealing his hat and putting pennies in the pocket. The thing I remember the most is how quiet and polite he was.

After we had been introduced, we started hanging out quite a bit. Rosalind, Darren, Max, Brett, Baptiste, Regan and me. One by one each guy started doing less and less with us. A few times I cooked meals at my house and invited them all over. It started out cause a roommate liked one of the other guys in the group, but that died out too. Eventually it just got down to just Baptiste, Regan and me. But soon, before we had really realized it, others began to see us as a couple. And began finding others to hang out with.

The first time it really hit both of us that we liked each other was a night at the bowling alley. It had become a bit of a weekly tradition for a group of us to go bowling. Rosalind and I had saved a whole bunch of free coupons from some magazines at the college. And each Tuesday a group of Young Adults went and used them. One week none of the regular crowd showed up except Regan, me and one other guy Amoron. After flirting and bowling, we both saw the mutual attraction. While driving home I stopped to get Regan a slurpie that was the winners treat and also insurance for flowers from Regan to me. (He told me that he’d get me flowers if I got him a slurpie. I said deal and turned the car around and went to 7-11)”

We started hanging out more and more.

“When we first started hanging out I really wanted to attend the temple for the first time. So after taking all the necessary steps before hand I invited the group of guys that were hanging out with us. (I didn’t know girls who had gone through the temple yet unless they were married and off living their married lives.) On the first night only Regan showed up out of the group, along with my family. It was special to have him there but I didn’t understand how special until later!

Christmas Eve he kissed me for the first time and then we were dating officially.

We started attending the temple every Friday night as our Friday night dates. On June 23 he proposed to me in the Cardston Alberta Temple and on August 18, 2000 we were married there. 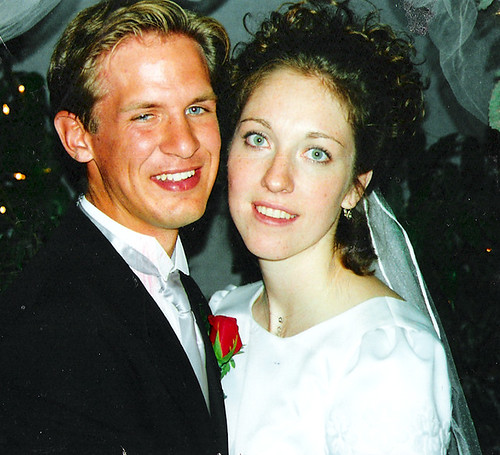 (one of my very favorites from our wedding day. In most of my wedding day pics I look WHITE. Like SUPER white. In fact my brothers call me the ice princess. hahahaha)

Oh how I love him so much. I often feel like I am not good enough to married to such a good man as he is. I am grateful God thinks enough of me to give me SUCH a good husband and such special children. How grateful I am for eternal marriage in the temple. For time and all eternity he’s mine. 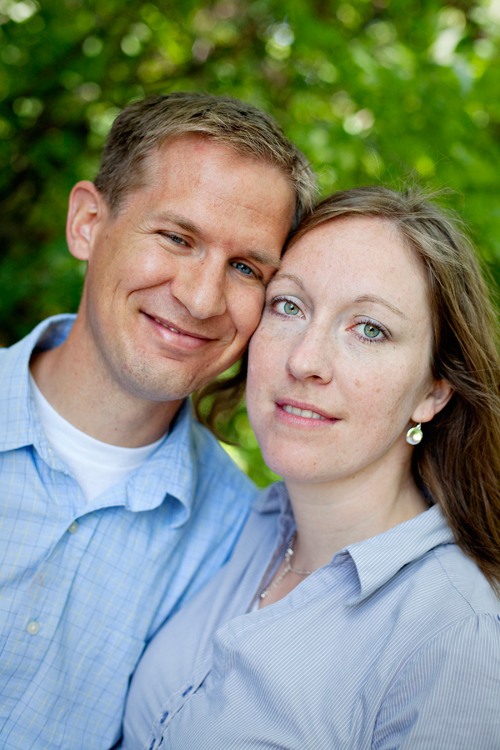